The soft sounds of birds chirping and the wind in the trees woke me up just as the sun was rising over the horizon. Ahhh I slept like the dead and felt rejuvenated enough to get some serious miles in. We didn't really do anything serious but we sure had fun!

My first ritual in the morning starts by letting the air out of my mattress while laying on it. A minute later, I no longer have the urge to keep laying there on the hard lumpy ground. Next I stuff the sleeping bag then roll up my mattress, pack all my clothes and have two neat little bags to stuff into my panniers. Done!

Then Beard wakes up...

And eventually we're off! 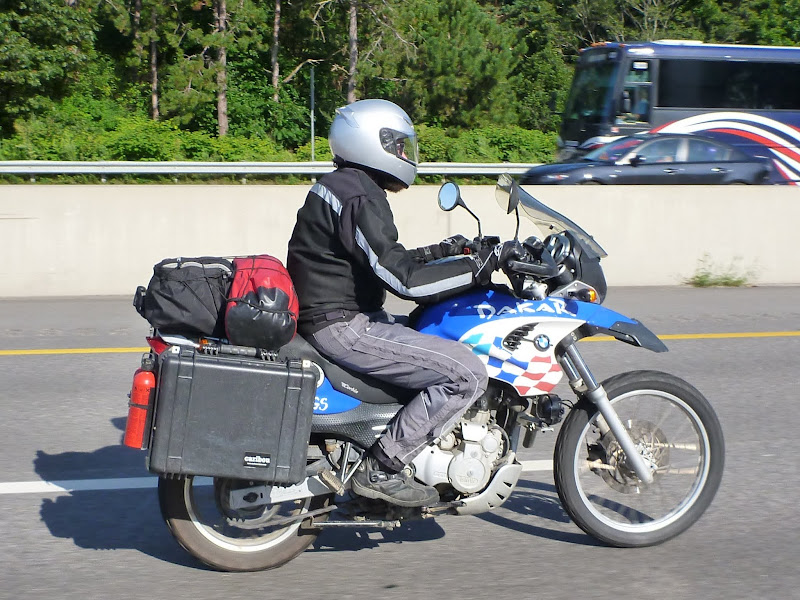 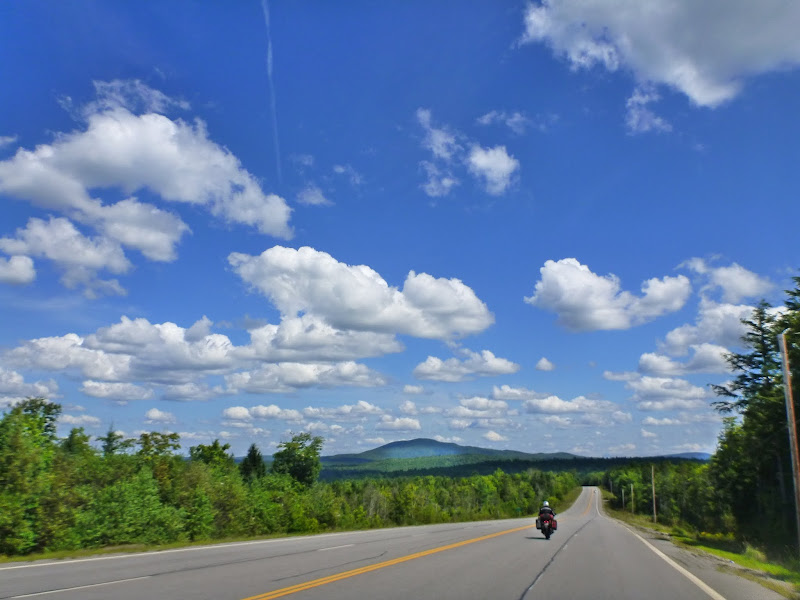 Eventually we pulled in to Calais and had a quick Subway sandwich and fuel up before making our way to the border crossing. This is my first border crossing on a motorcycle and it went swimmingly. Presently, I cannot wait for some obscure crossing in Asia or South America on a future adventure. I'm sure then I'll wish I was crossing this smooth bribe free zone. 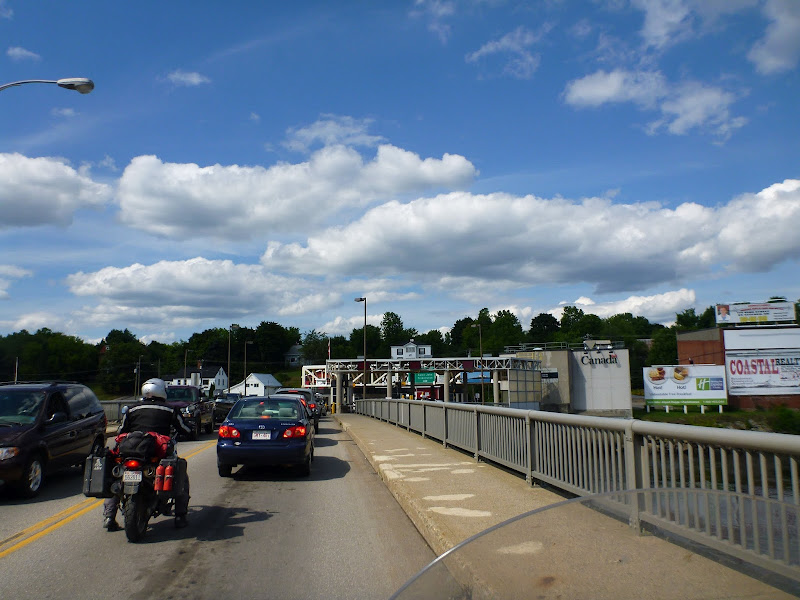 Now you may be wondering how in the hell they'd let a dude like Beard into their beautiful country?!?!

He looks the part :deal 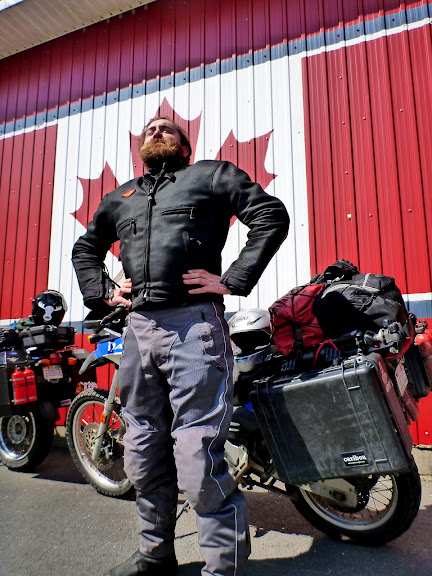 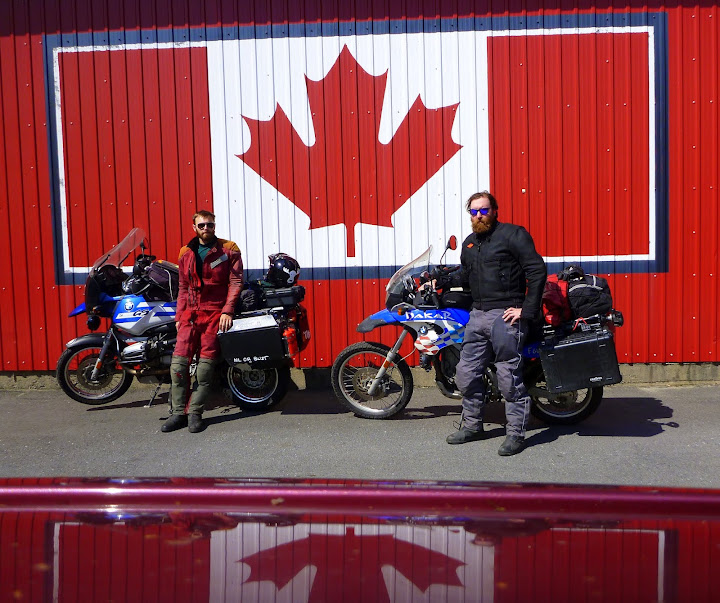 After meandering through St. Stephens and becoming giddy at the sight of Tim Horton's (TH, Horton's, Tim's, TimmyHo's) we started slabbing it to our ferry. Why? We had hours to be on it but you never know what might catch your eye on the way. 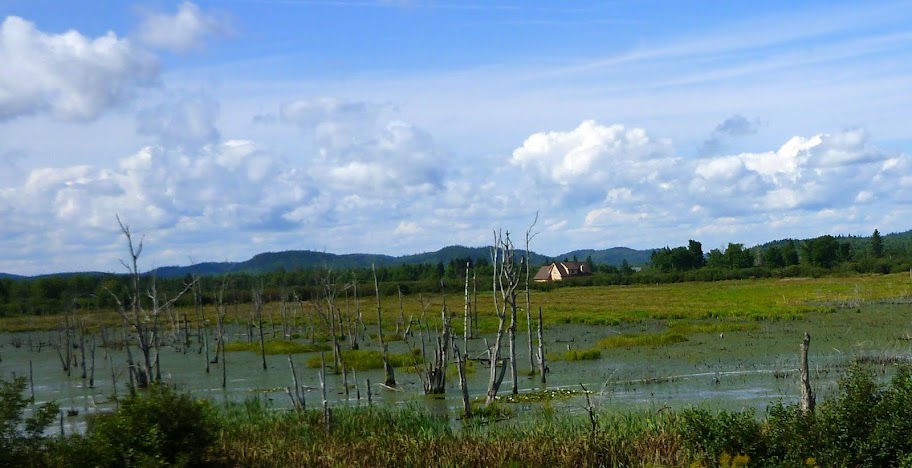 The moose fencing lined the highway for about half the trip to St. John. I have some better pics of it later in the RR so sit tight. I know...moose fencing is exciting stuff!

We arrived at the ferry and picked up our tickets from the young girls in the indoor booth. Two bearded guys, two young ladies = wonderful. Add one matronly supervisor = go back outside 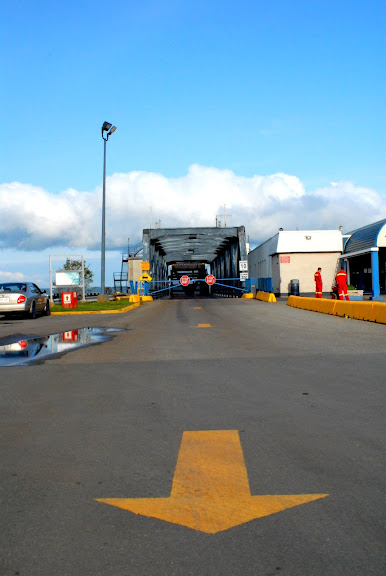 And meet the fellow motorcyclists boading the ferry. She was from PEI and welcomed us to visit and stay at her place outside Charlottetown where she had pet dogs, cats and a raven. 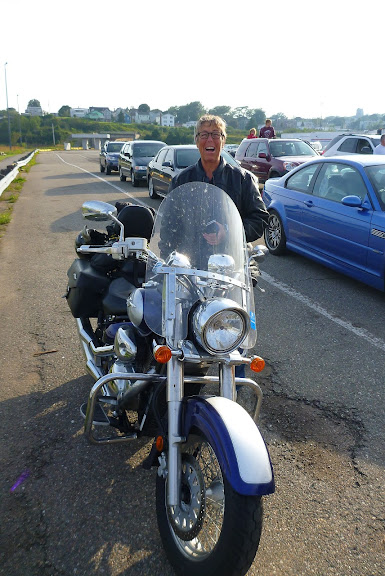 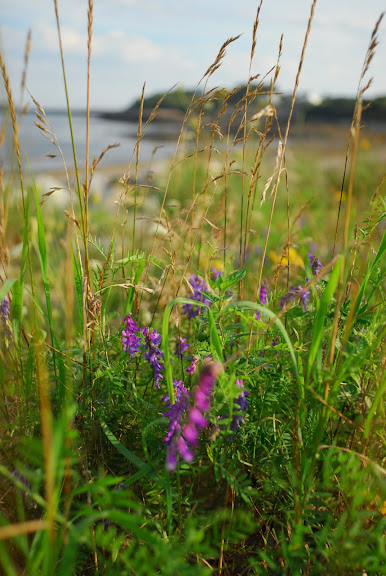 All loaded up on our first ferry of the trip. The car deck reeked of bilge water, bacterial drainage, dripping seafood trailers and death. Leaving our gear down there was a mistake we'd smell for days. 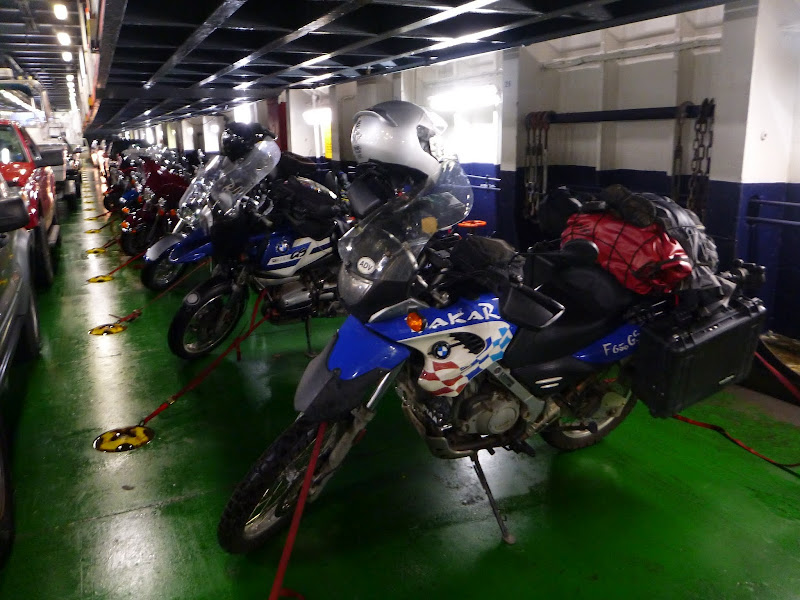 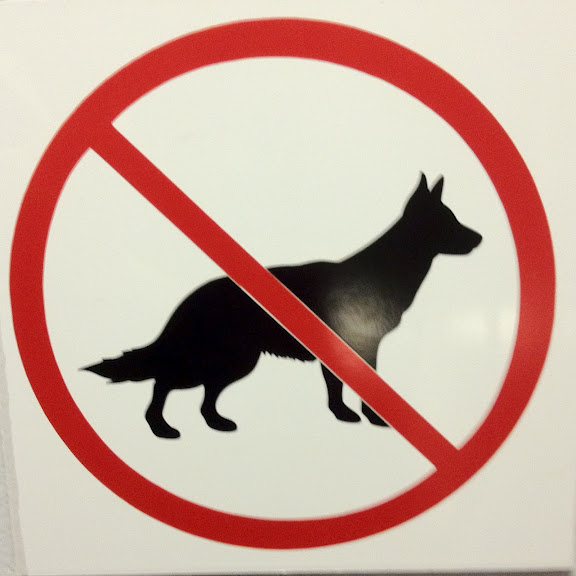 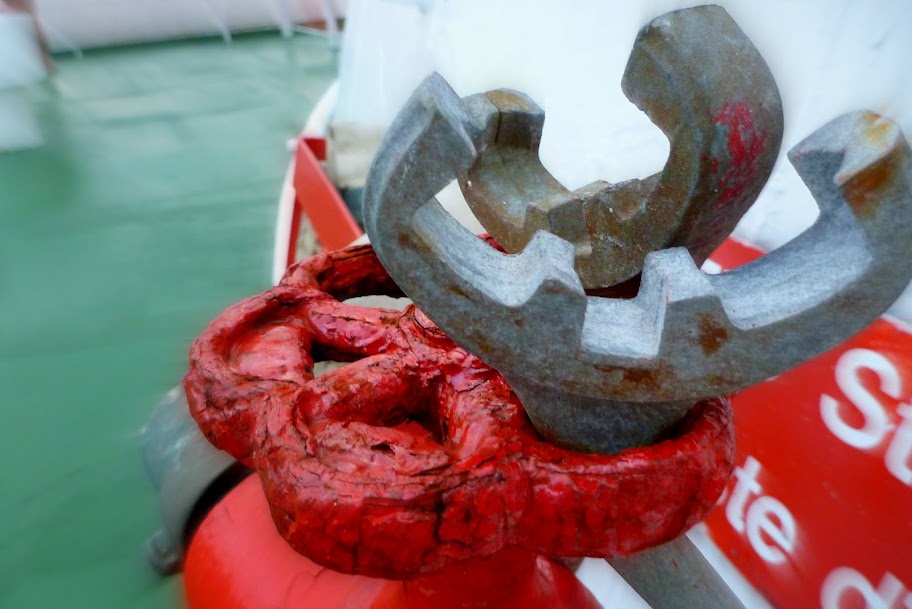 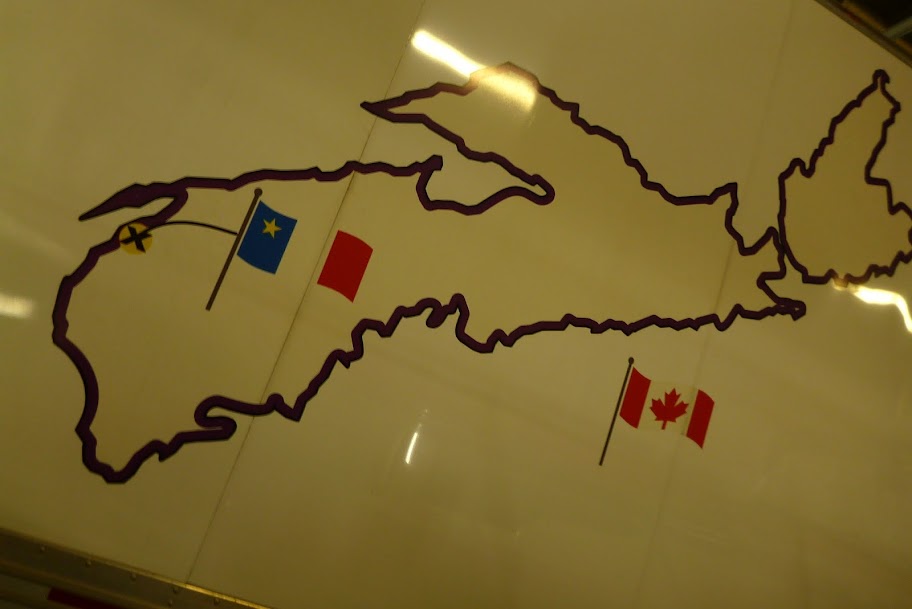 The sun set and the ship was dark. I snapped a few shots with my iphone while smoking my pipe and exploring.

When we finally arrived in Sandy Cove near midnight, my uncle had one of these waiting for both of us. I really missed Alexander Keith's but after a sip, realized how my pallet had changed and this was much lighter and less hoppy than I recalled. 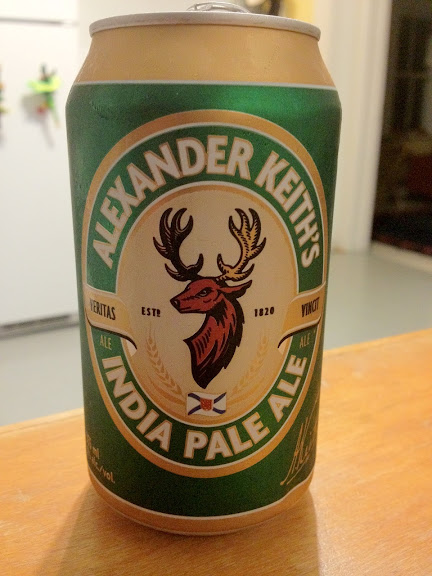 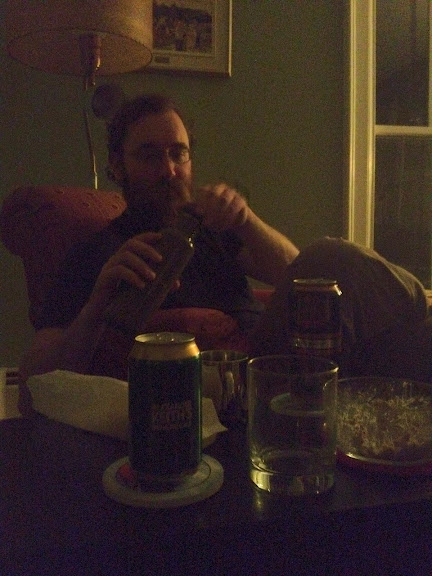 The view out my window as I fell asleep. My great great grandfather brought back the seed for this copper beach tree nearly 100 years ago and planted it in the yard. Today it is nearly 15-20 ft in circumference and still the only one in Sandy Cove. 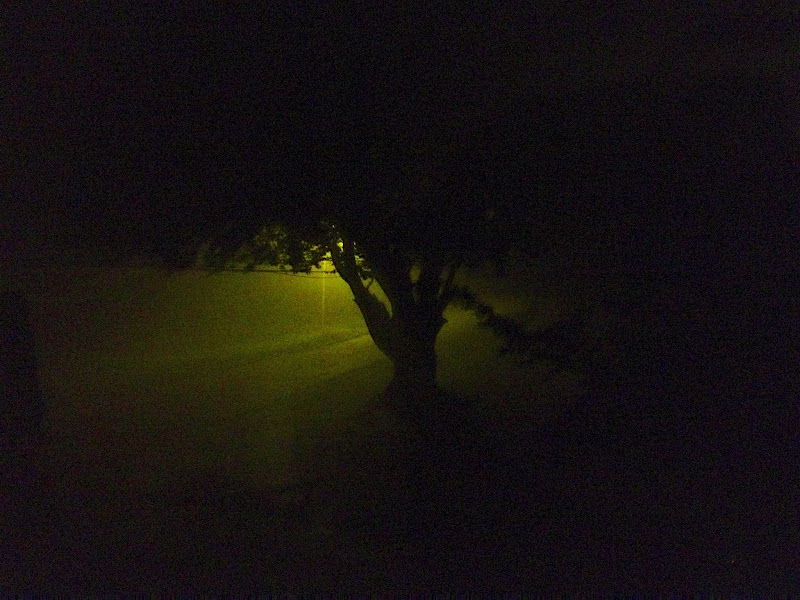 I drifted to sleep with the window open, the sound of the wind in the pines and the creaks of an old seaside home. Yup...that'll do for the end of the day. I think this trip is getting back on course. :evil