Okay...so it has been quite a while since I last posted to my mini-RR thread here. I have moved up to Northern VA and the cold winter months are finally starting to disappear. With the thawing ground and blossoming flowers, I figured it time to share my first short 1000mi trip of the year with anyone interested.

My trip down to SC was for a family funeral which was sad but visiting with relatives, close and distant, was both memorable and enjoyable. After the services, I departed Spartanburg for a ride to Brevard, NC to stay with my uncle and aunt. This first set of pics were taken along 176 and 11 through the Peach Country and farms of NW SC :ricky 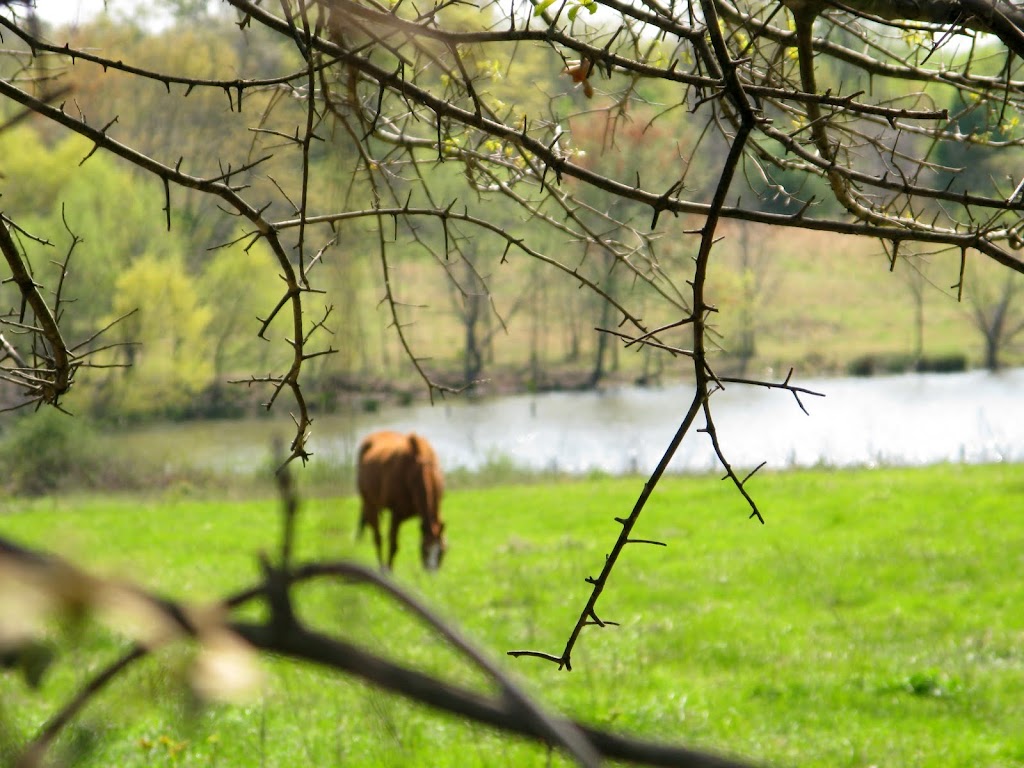 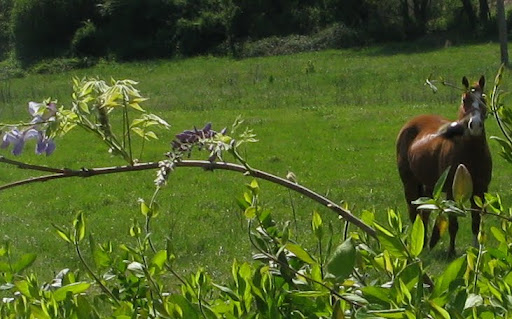 Feeling like spring down here with the Wysteria in bloom! 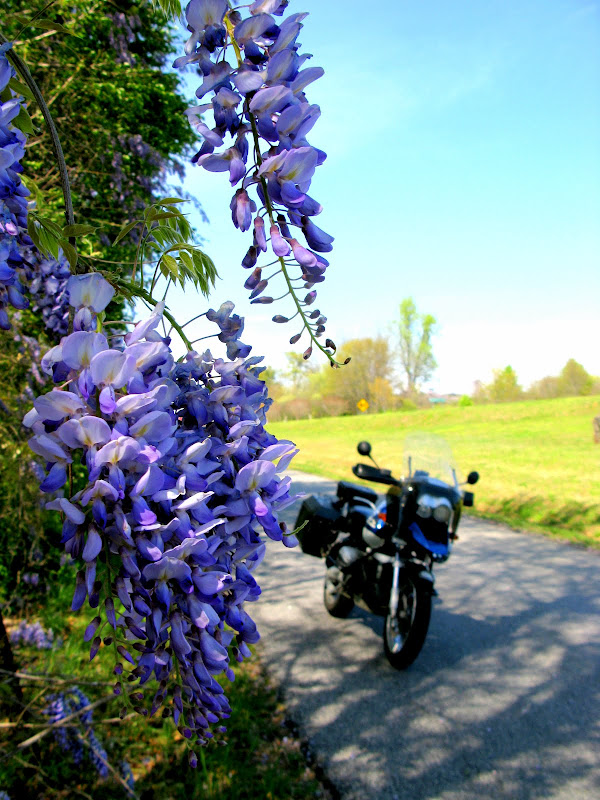 MMmmmmm I cannot wait for some of these to be ripe and ready! 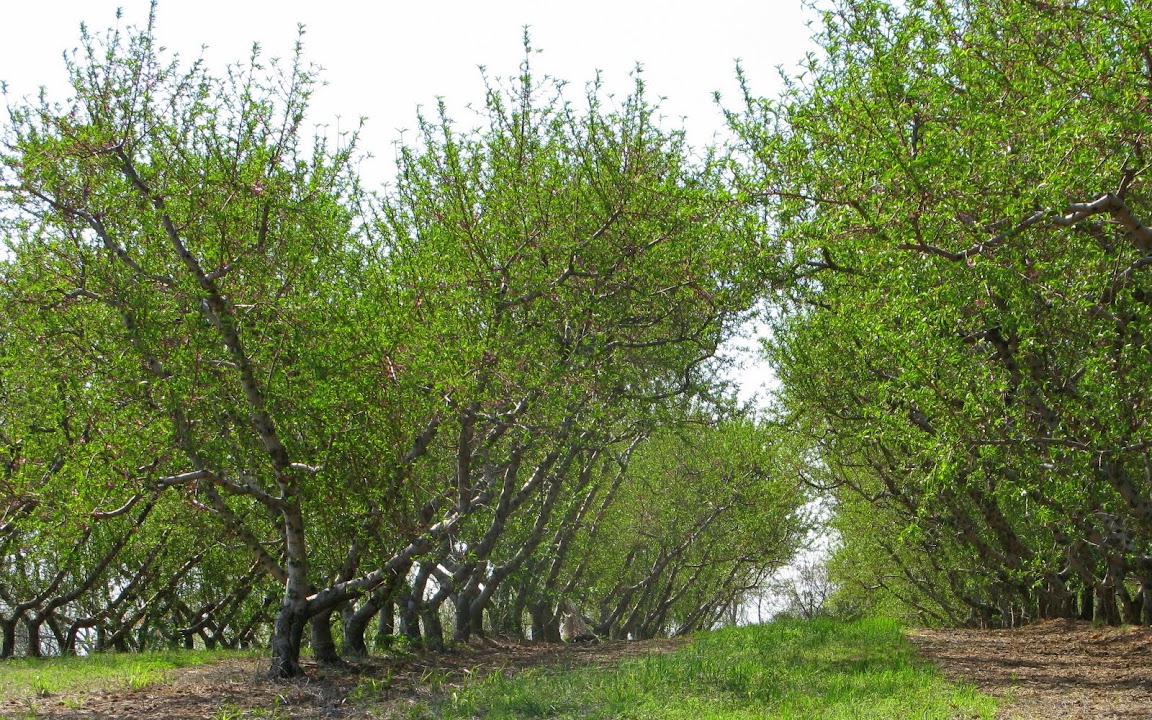 Just making sure they work :nod 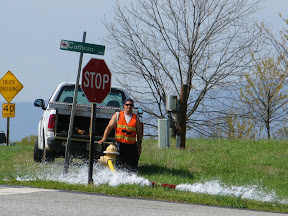 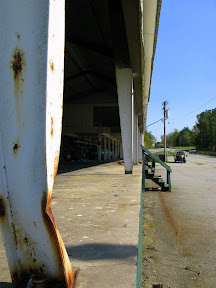 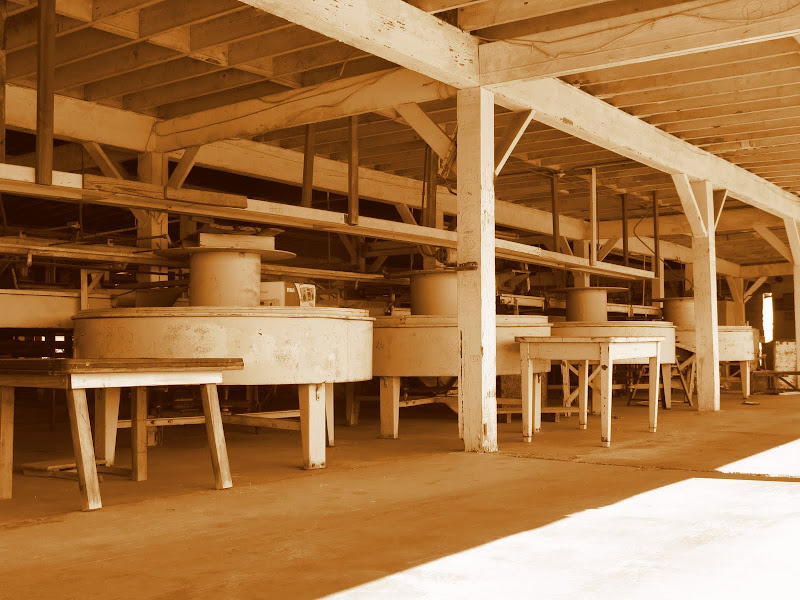 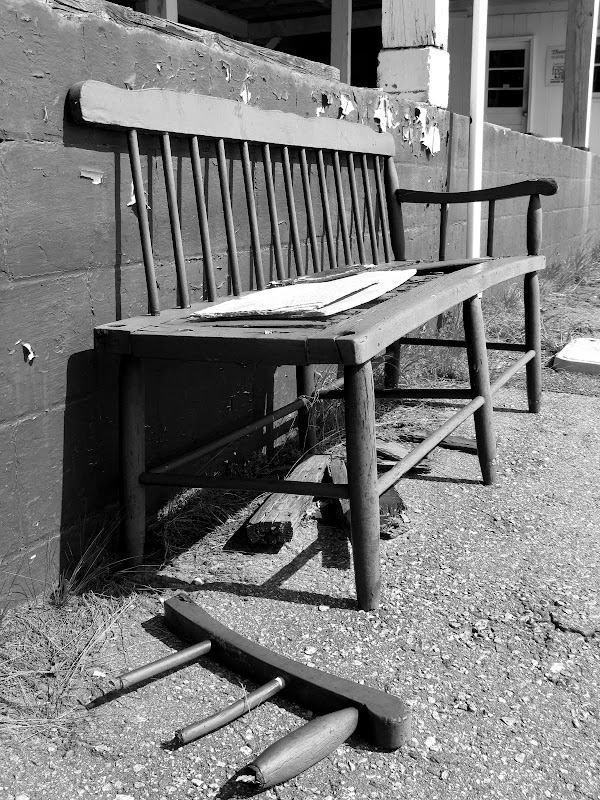 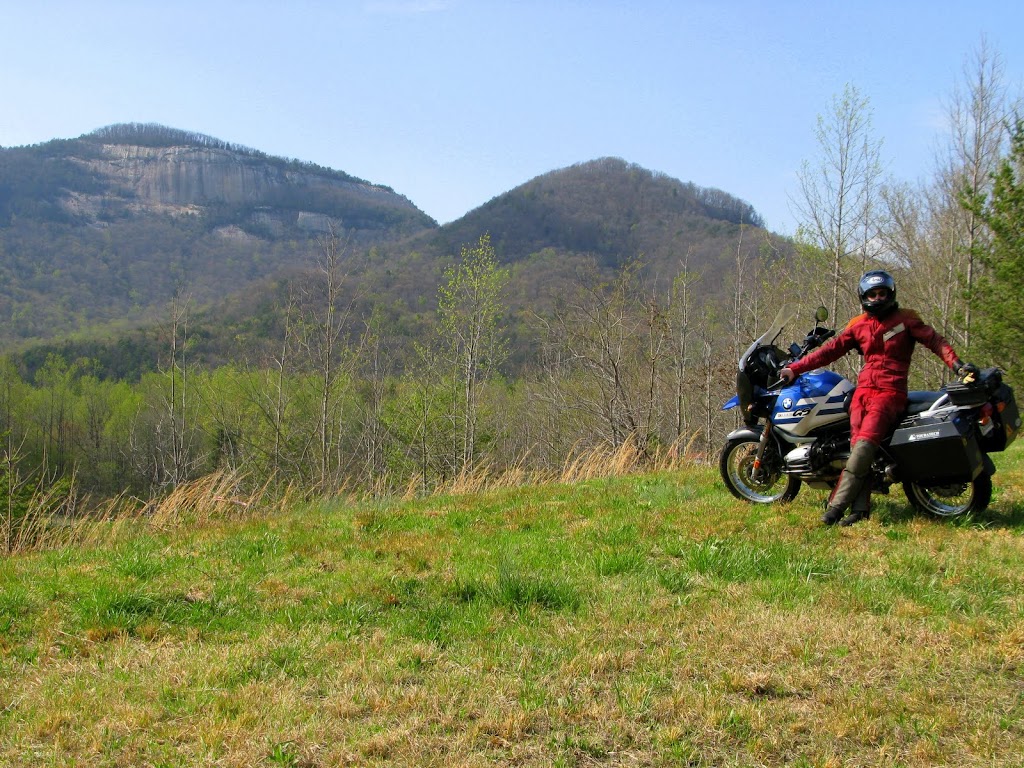 Then turned up 178 for some twisty fun! I rode 276 a few times last year but haven't been on the less busy route to the south. What a great suggestion! Not too technical and many great spots to stop for pics. 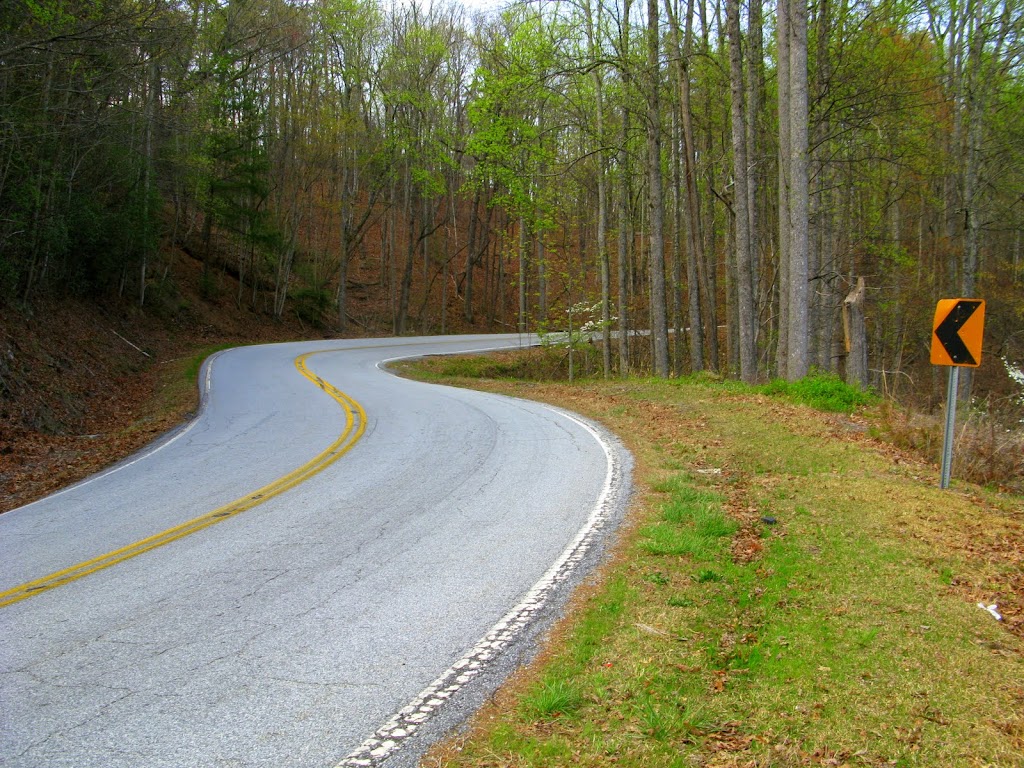 Playing with the colors :evil 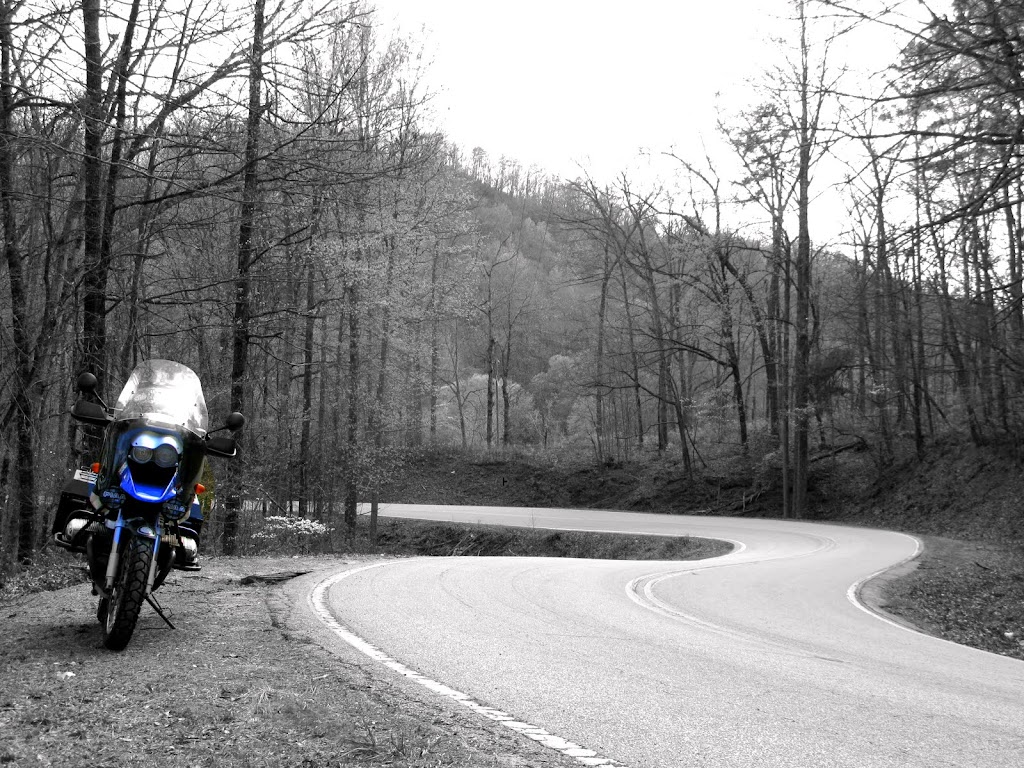 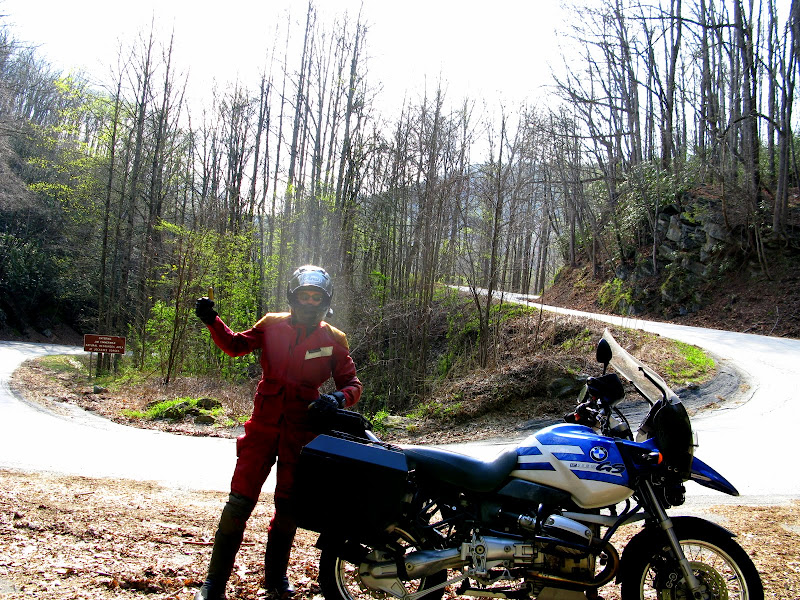 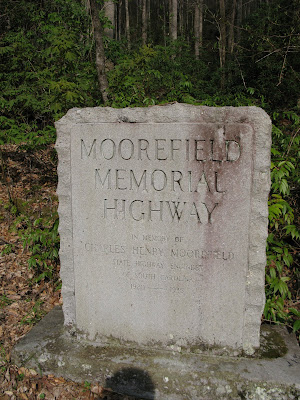 Through the spokes...hey I need to get in there and clean a bit :augie 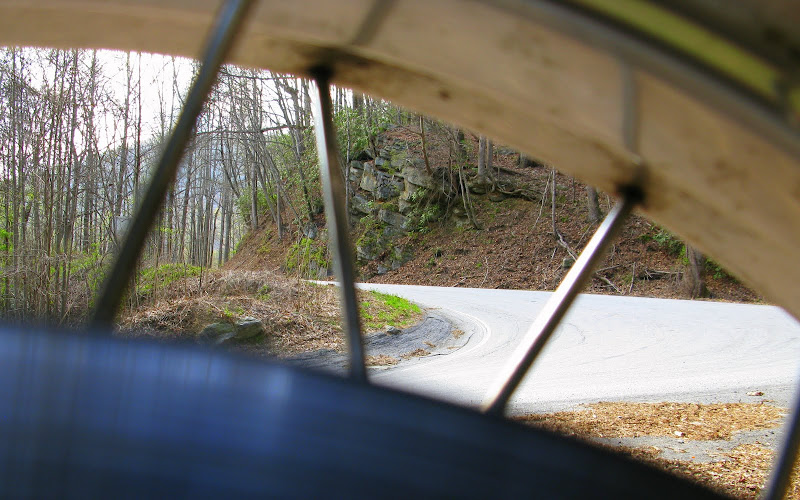 There were a number of "Fix-me-uppers" out there :nod 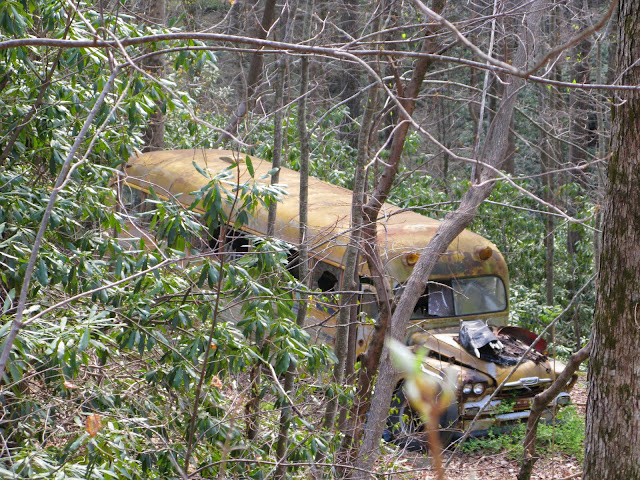 This old logging truck just past the NC line was a wealth of photos waiting to happen! 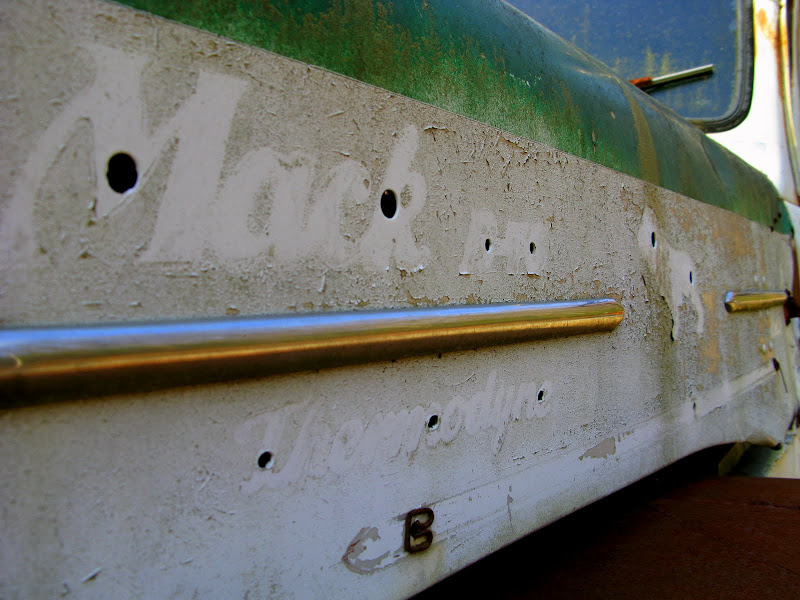 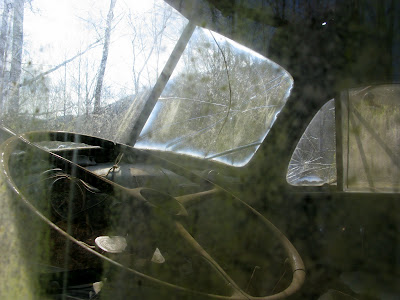 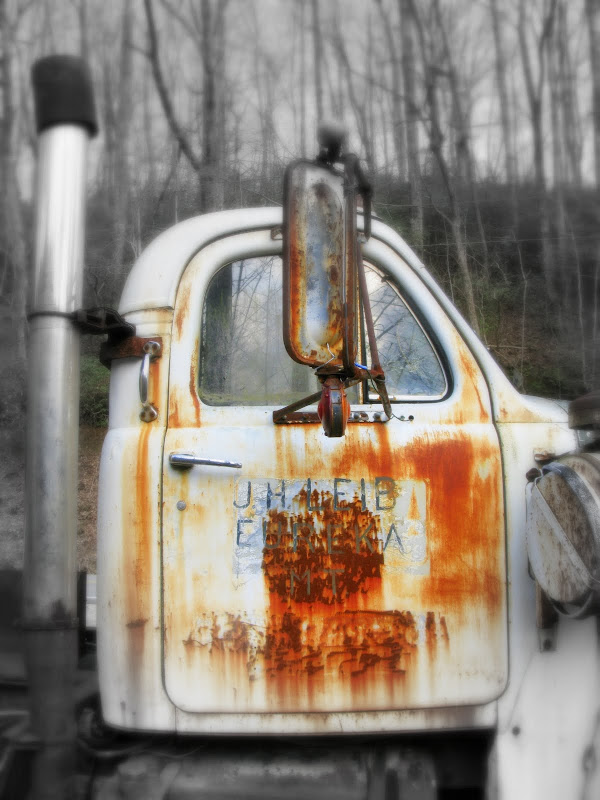 I made it safely to the cabin outside Brevard and enjoyed my stay with family. The furry family sure loves to bark at deer...and there are a LOT of deer :eek1

I awoke in the morning after a round of heavy T-Storms rolled through. The air was crisp and much cooler than the warm 80's of the previous two days. I set forth into the wet morning and soon passed through Brevard and north toward Asheville. Pockets of showers remained hanging in the hills and the sky spit on me through most of the day.

My goal was to ride the BRP as far North as I could. Temps were in the low 40's and continued to fall as the elevation rose. 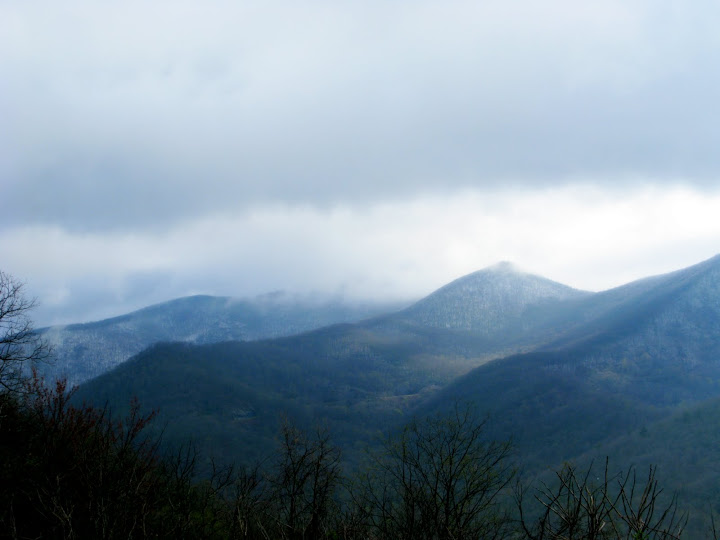 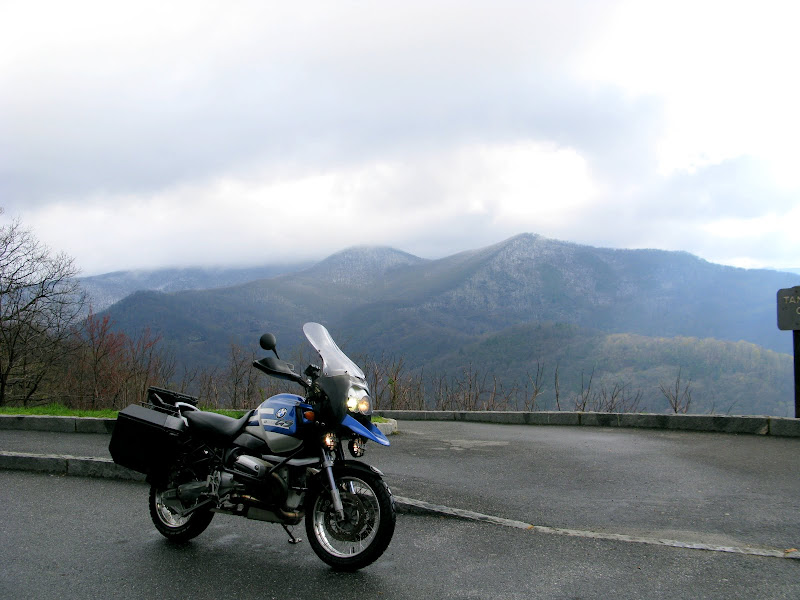 The lighting was beautiful as rays broke through the clouds

I ascended and eventually reached a "Road Closed" sign that was only half open (the other half of the road had no barrier) so I continued upward imagining they were doing construction somewhere and I could possibly pass. As I rose higher, not far from Mt. Mitchell, the snow increased on the roadside and it was clear to me that the T-Storms in our area last night had materialized as Snow up here. The ice lined the edges of the BRP and in places, like moss on a wet WV back road, crept over the side stripe of the highway. When the conditions turned to slush I began to slow and look for a turn around area. It was just about then that a Park Police office descending the road stopped and flashed his lights at me. I pulled over in the adjacent turn around and he wheeled his cruiser around to interrogate the idiotic organ donor riding the BRP past "his" ROAD CLOSED sign :mulie

After some choice words with me, he let me go and I had to retrace my path South in the opposite direction of home. I'll chalk this one up to the "Young and Dumb" category of riding and RR's :nod

I sped down 70 to 40 then hopped on 221N through some beautiful hills and rejoined the parkway around the Linn Cove Falls area. As I wound back down the parkway, my spirits soared and the views were just wonderful! Then it began to snow. :vardy 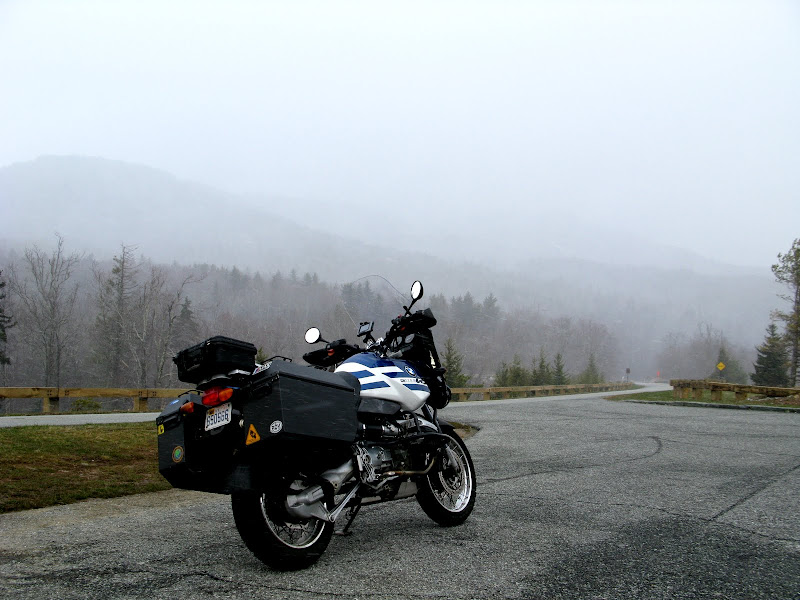 Around Grandfather Mtn (pic above), notorious for it's weather patterns throughout the year, the snow intensified with 25mph winds and lower visibility. I was hungry but it was too cold to take my helmet off so I continued on into the white stuff...

Here is the famous Linn Cove Viaduct with some flurries around

Things began to clear up shortly after this but the winds were still high and the temps in the low 30's...I shoulda stayed in the lowlands...

Price Lake, a spot I camped at with Dad on our southern trip together was peaceful and empty

Then continued North as the temps fell some more. Notice the ice on this sign for effect

Things began to clear up and the Parkway had a "Closed to Thru Traffic" sign ahead so I detoured for gas into Sparta, NC via back roads. Man I love my GS for these sorta things :nod 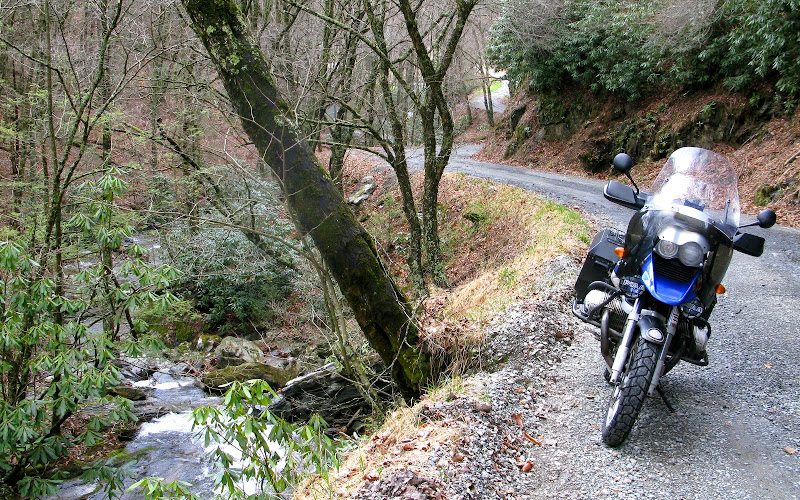 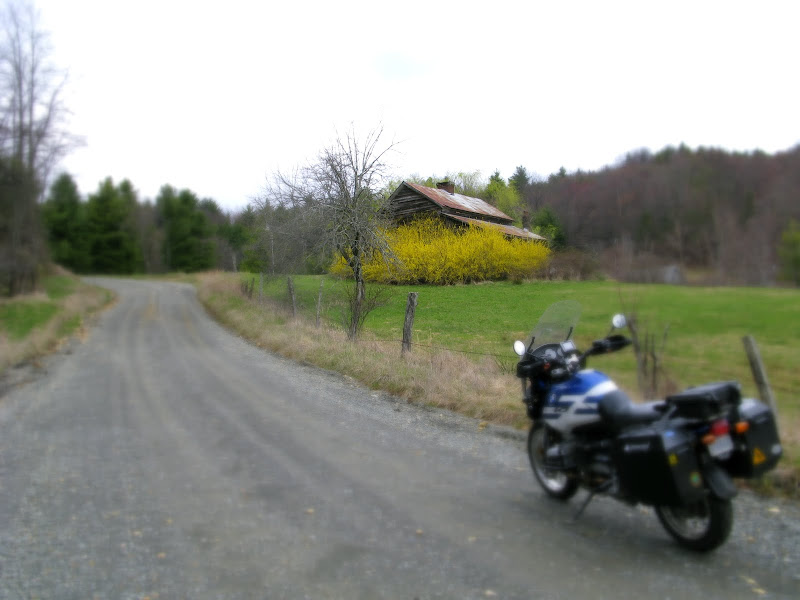 And I love my G9 for these sorta things :nod 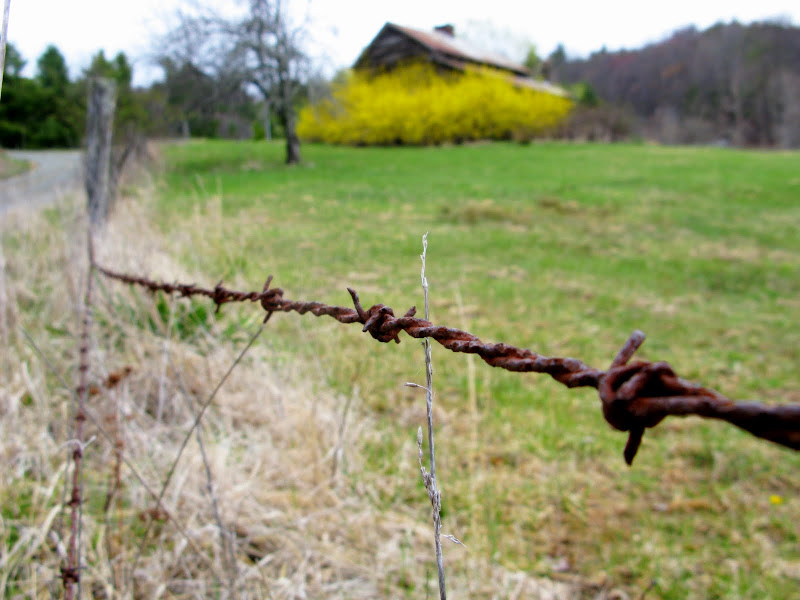 Eventually after Floyd, I joined the BRP again until Roanoke then jumped off on 460W via some back roads where I took this nifty picture: 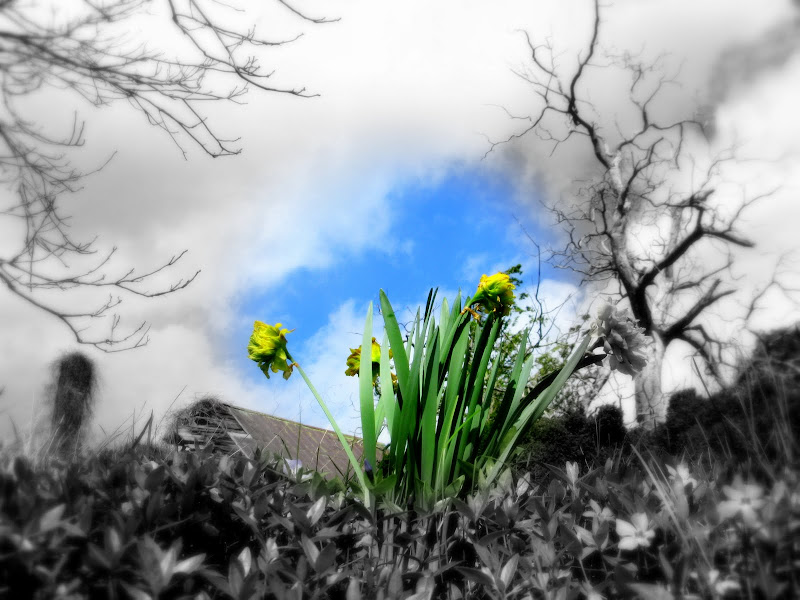 The remainder of the trip was just a blast on home via 29>64>231 then through Orange and up 95 from Frednecksburg. I made it home in time to enjoy a delicious meal with my beautiful girlfriend and relax with a glass of Old Vine Zinn before work the following day.

Expect some more pics in the weeks to follow as I have some camping planned :kumbaya