Leaving work at 5PM, I paused to take a picture of Rosslyn and the colorful tall buildings. 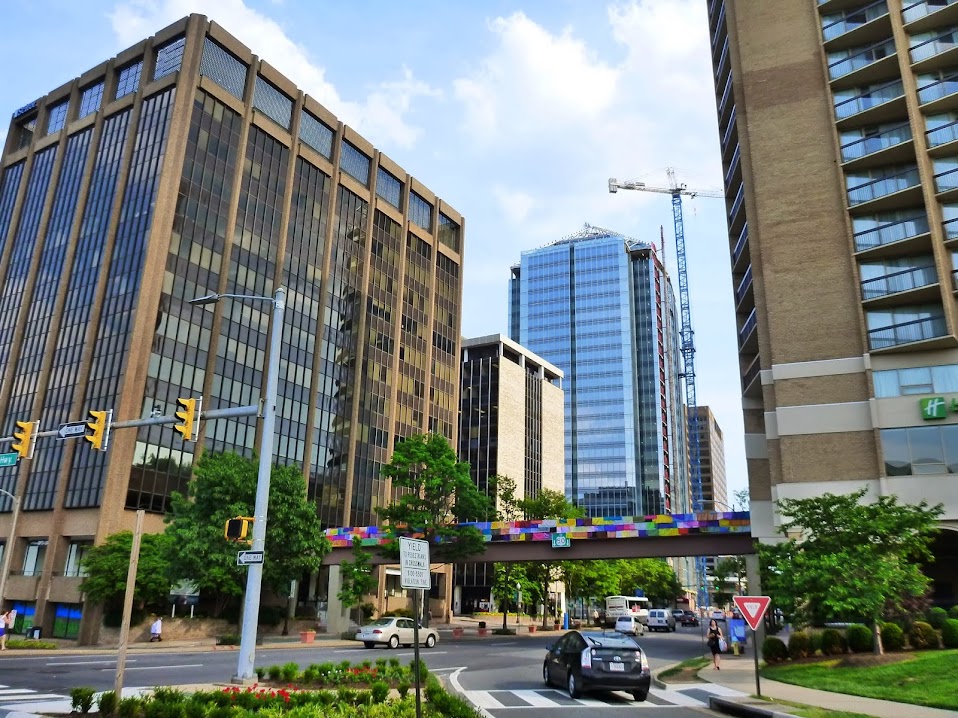 Now it was time to get the hell away from that until Monday.

After 45 minutes of some traffic and two lane slow pokes, I made it out into the Maryland countryside. 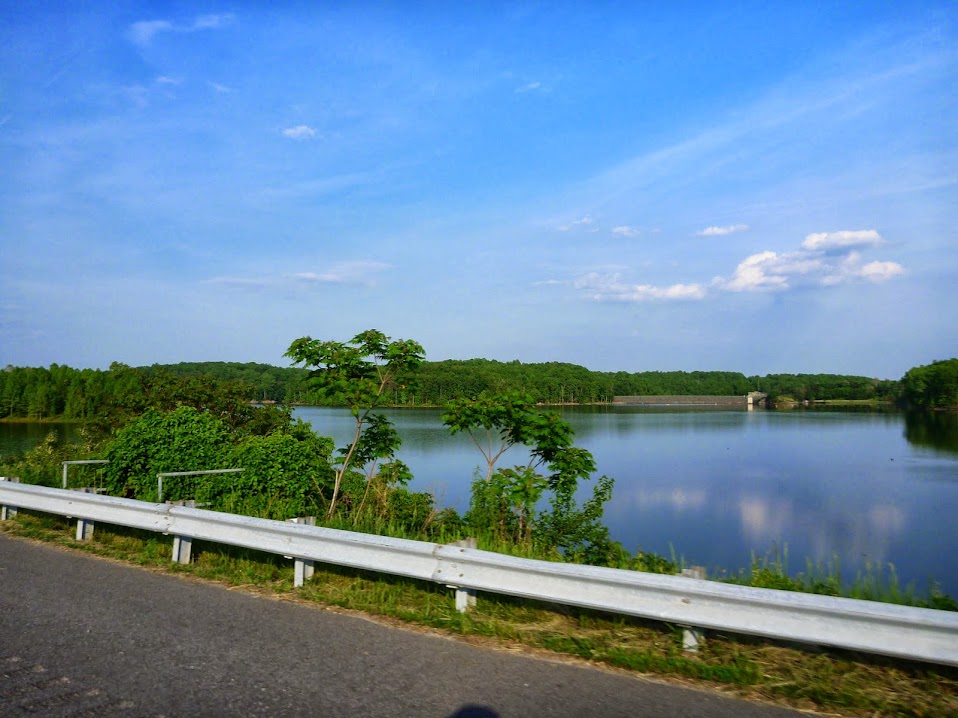 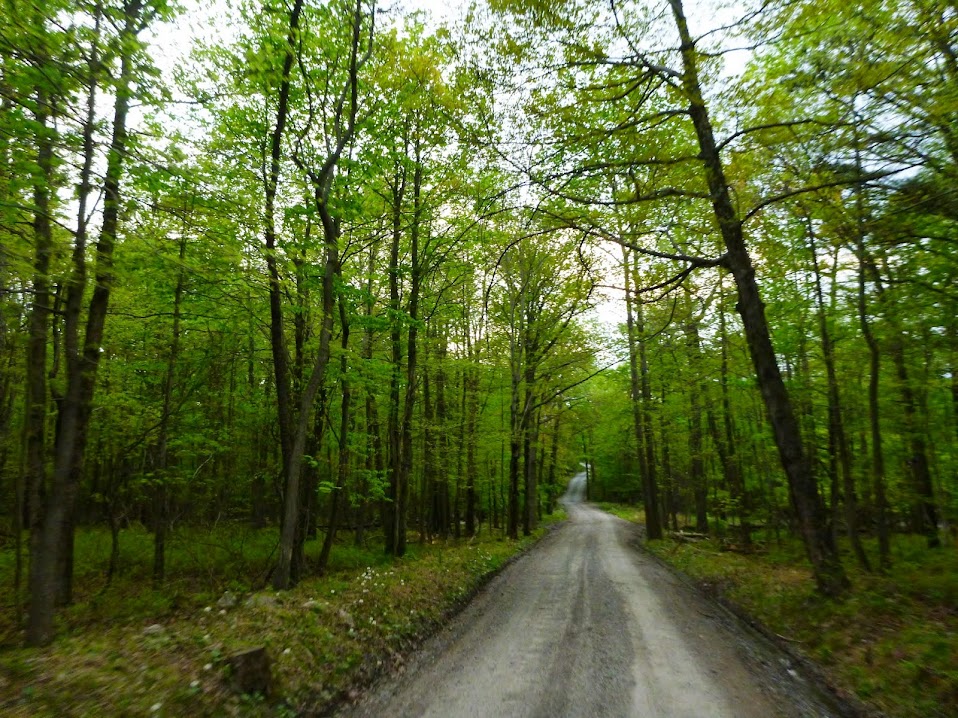 The sun was sinking lower but I kept riding...

I stopped at the top of Catoctin Mtn Park for a shot with this sign. The road even had its own turn around loop...I'm sure I was being watched.

But the flowers were beautiful so I turned 180 and took a shot of the bike and the trees too.

On down the dusty road. The sun had just set and it was prime time to find a place to camp for the night before it got too dark. Now where the heck should I go?

I wound up camping off Rattelsnake Run Rd or something like that. I set up my hammock along a stream about 25 feet from my bike. I made some tuna and rice then washed it down with a srrupy sweet bud light lime-a-ritta that I bought on a whim when hot. It was dreadful and little was consumed. Fortunately the price was low. I had whiskey as a backup. I slept well.

The next morning I was up and packed in 15 minutes and rolling down the road by 5:00. I thought my watch said 6:00 in my hammock when I awoke but I was an hour off. Whoops. I wound through the dark rocky roads at night picking through washouts and washboard turns down to this lake. The dawn light basking on the surface was beautiful. Thirty minutes from now and it'd be many colors. Perhaps I can find another lake by that time :dunno

Where I found some sweet gravel roads

And an old Iron Furnace

I was getting quite hungry so I made my way to Shippensburg for breakfast. Not wanting McDonalds, I poked around till I found this little gem.

Full. I made my way out of town snapping some pictures along the way. I set SW for the mountains.

Then on up the mountain!

The color was so vibrant and lush as the sun rose. The wind blew softly from time to time making the leaves shimmer.

Around a bend I saw a parking area and a small trail so I stopped for a short stretch and hike up to see what I could.

Taking a nice rest along a stream on Bear Valley Rd

Walking back to the bike I noticed this sign. I know a guy by that name :eek1

This is all one truck :huh

This electric bicycle was really cool. I just saw one for sale locally on craigslist with a 1960's engine. Perhaps this could be a fun adventure :evil

The tower at Antietam Battlefield

Always a moving place to ride.