Meat Cove always dazzles with the morning sunrises providing the weather holds out. 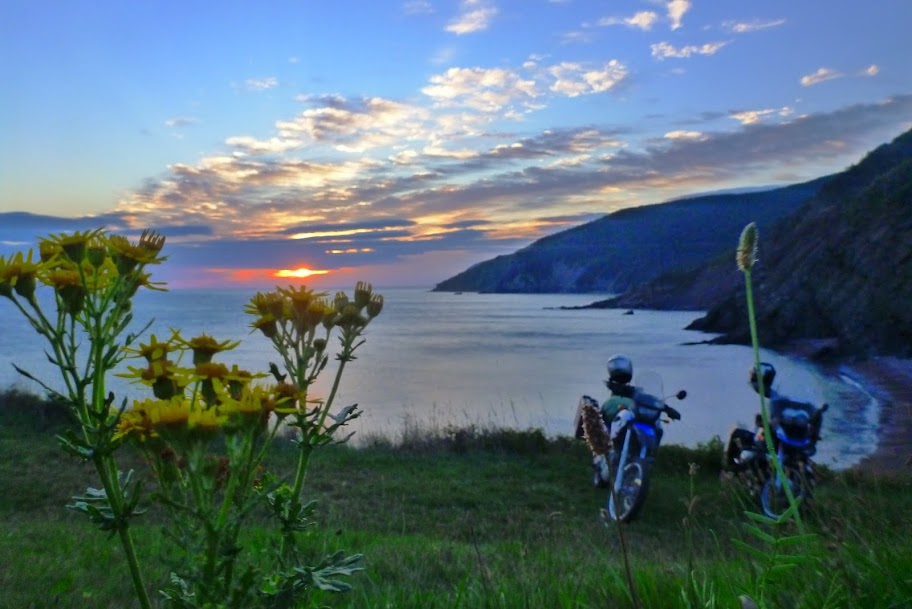 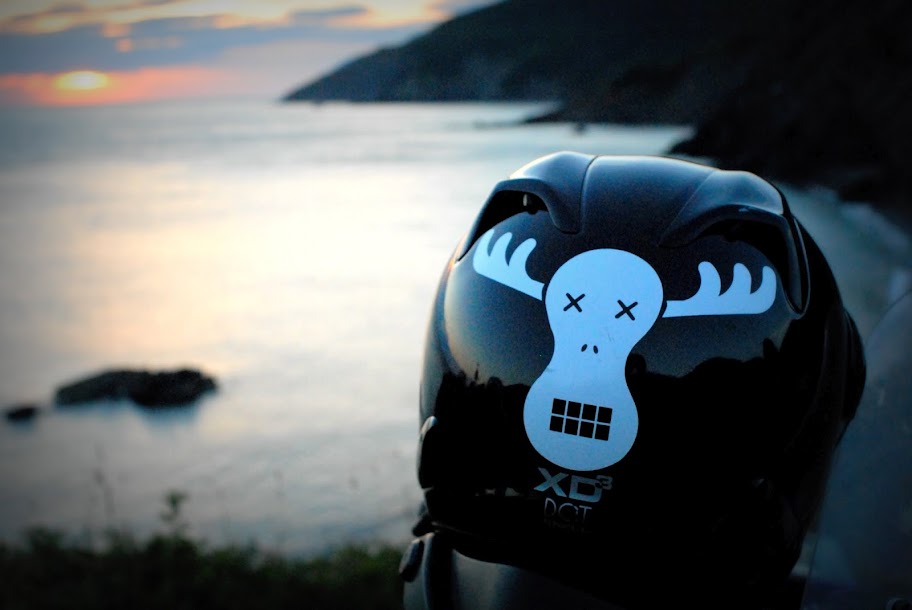 We had a bit of time to kill so I walked down to the "restaurant" about 1/8 mi inland. It was closed. I did take a quick wash in the river though which was refreshing. I walked back letting the sun dry me off.

After packing the bikes up, we said goodbye to the other motorcyclists and roared out of the grassy campsite.

It was warming up quickly...just in time for us to sit in the sun for 10 minutes on fresh asphalt waiting for the paving crew to let us pass. Once back on the Cabot Trail we stopped for a refuel then began working our way south along the east coast. The views were spectacular. 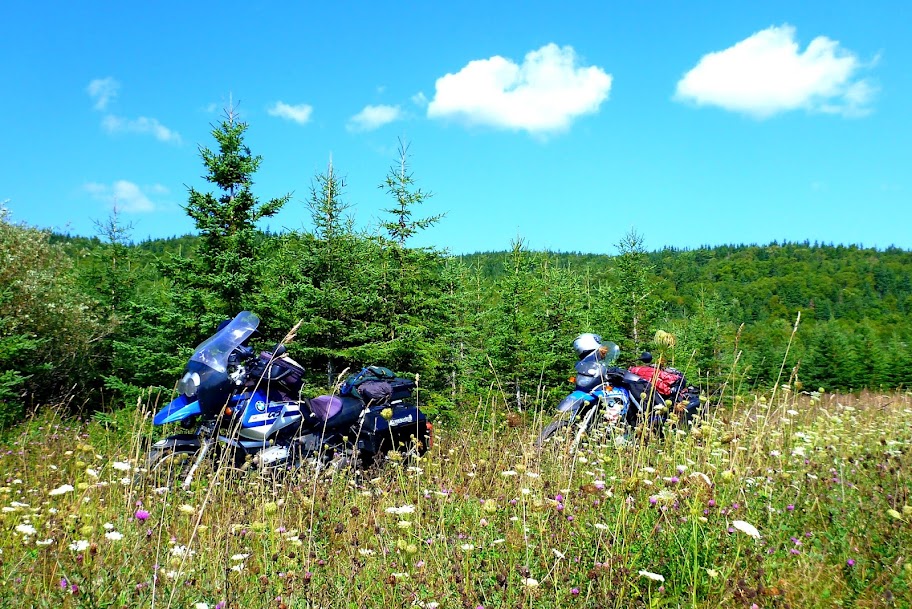 We pulled down to the water for a stretch and a granola snack. 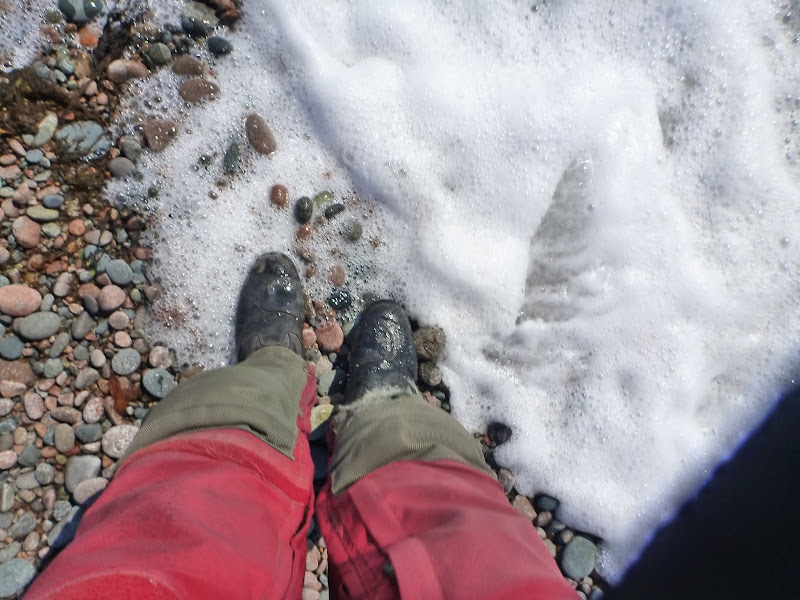 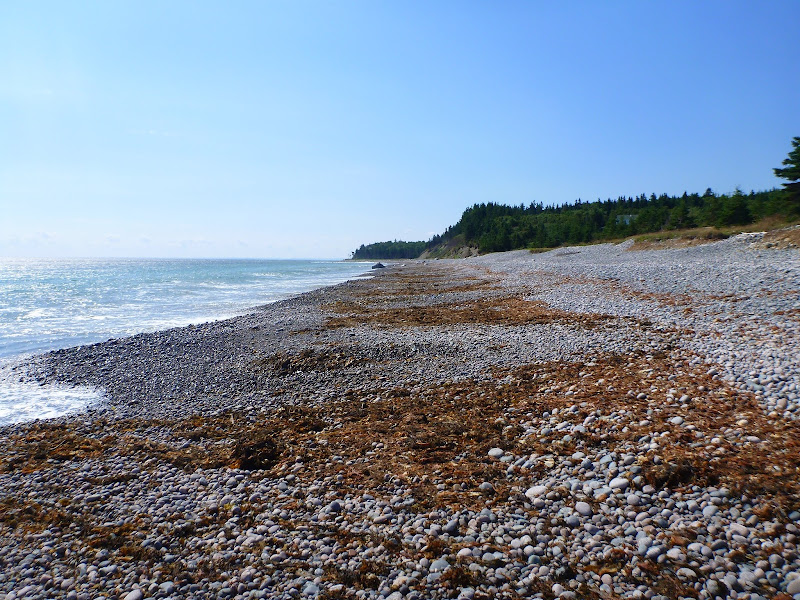 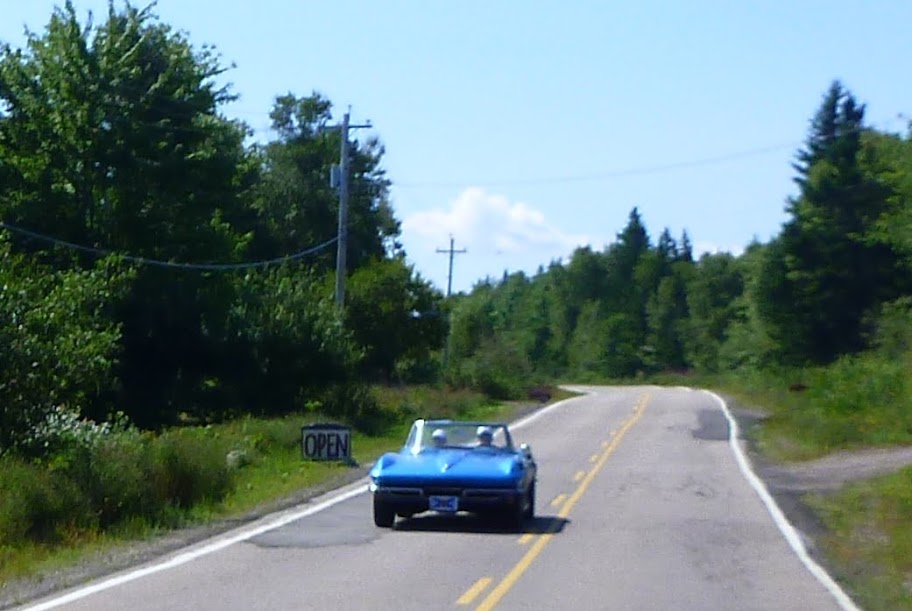 We made our way down along Barchaois Pond on 312 to Englishtown Ferry. This narrow peninsula was a neat coastal drive with many birds and a beach that seemed to last forever. 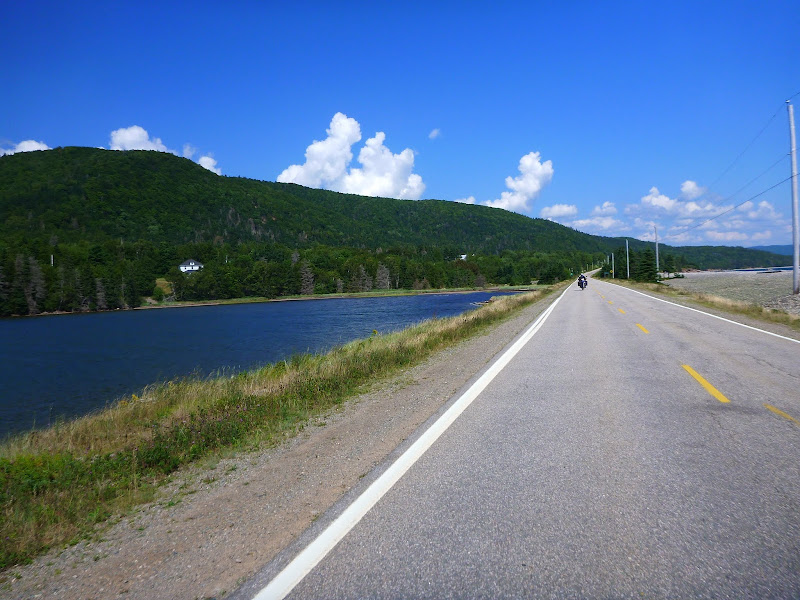 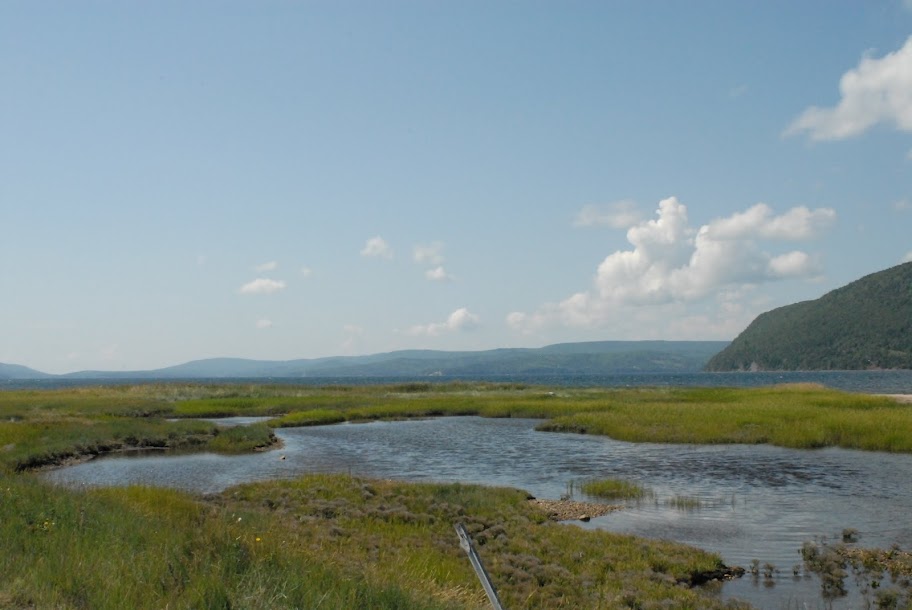 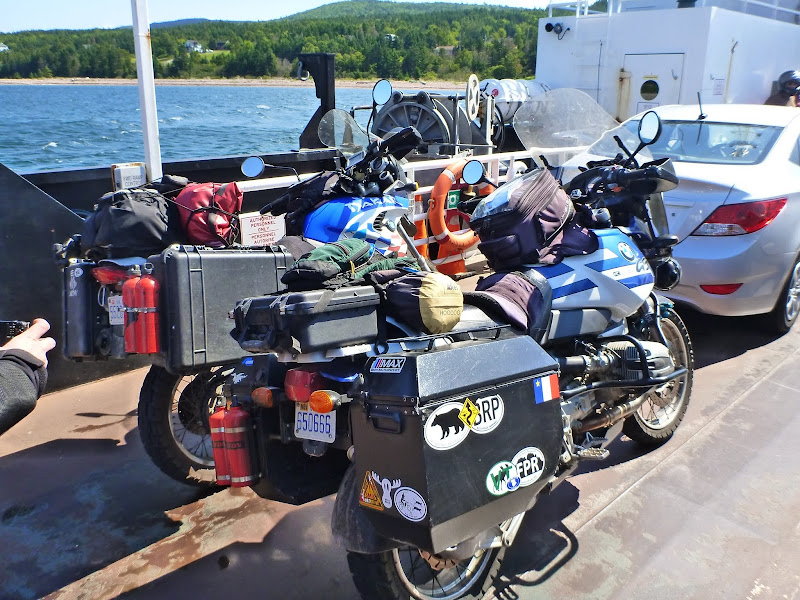 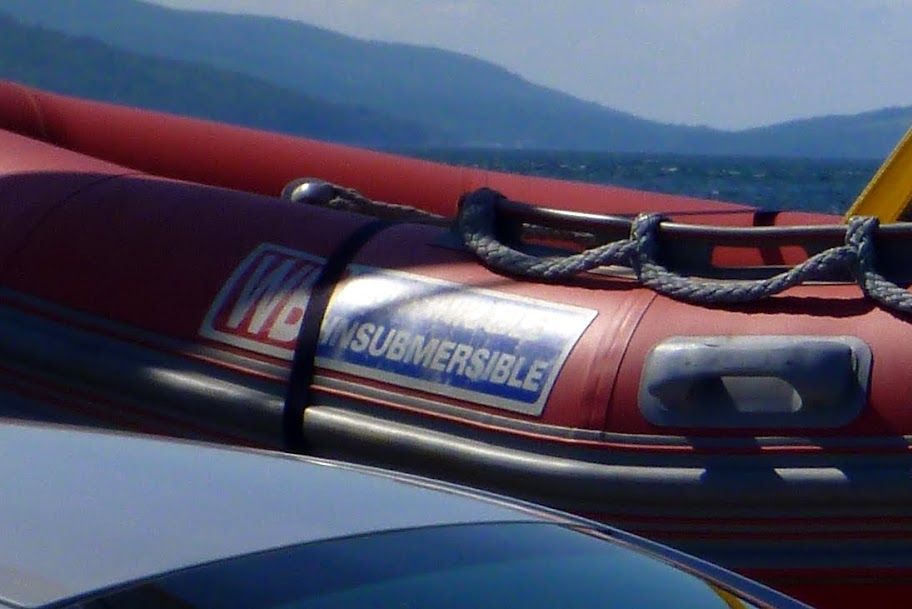 Here we are in pretty heavy crosswinds crossing the Seal Island Bridge just outside Sydney, NS 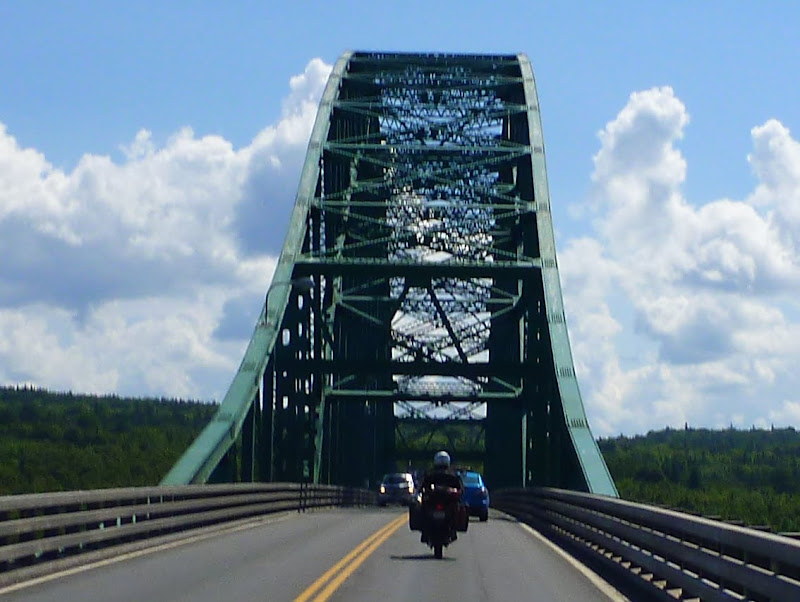 Just before the turn for the ferry, Beard and I stop at a gas station to part ways. He gives me a thumbs up. He usually uses a different finger :fyyff 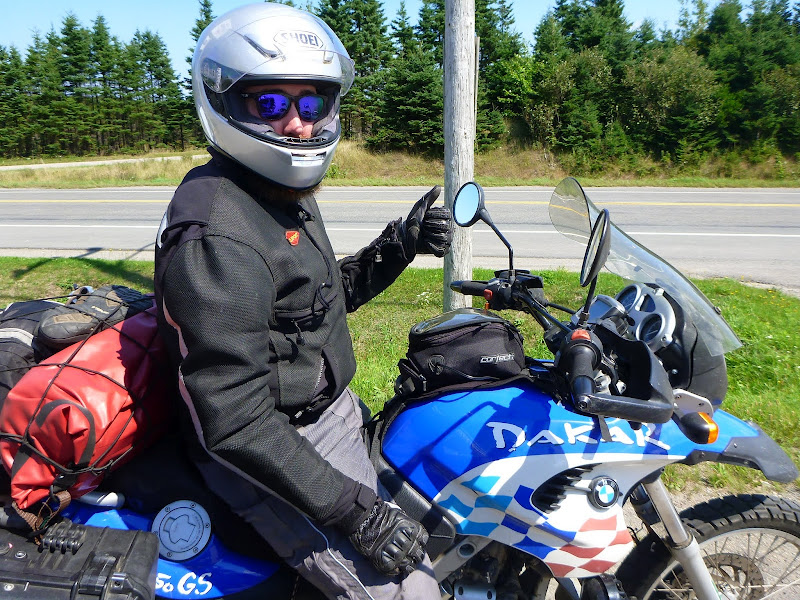 Shortly after we part ways, I pull into the Ferry Terminal where I have an hour or so until I can board. 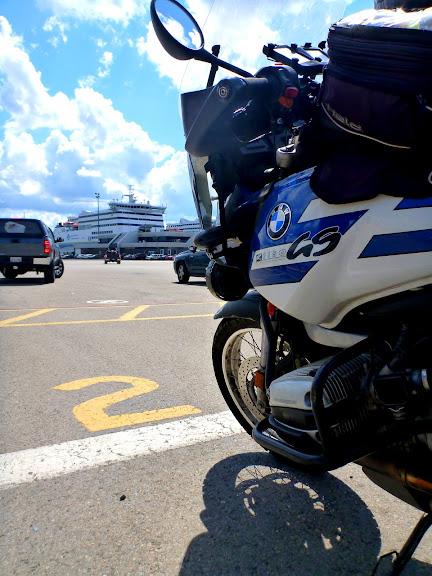 While waiting, I go inside to scope out their facility...really just to eat some of my own tuna and crackers in the air conditioning. After a buzzer telling everyone to return to their vehicles I walk back to the bike and chat with some honeymooners from St. John returning from ME. After chatting for about 25 minutes, it is clear that all the cars will be boarding first. A GS pulls up and I chat with the rider from Iowa for another 20 minutes until they finally let us on board. 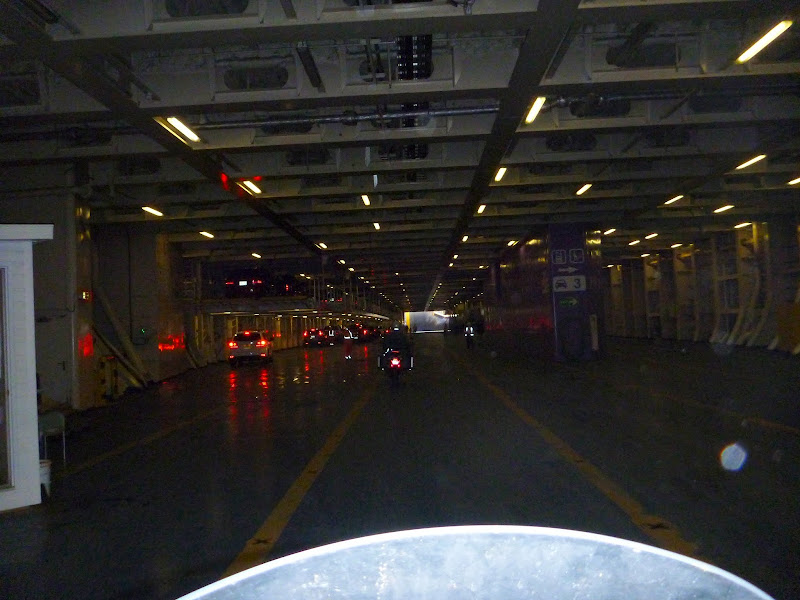 The Sydney to Port Aux Basques ferry is about 6 hours so I changed into some more comfortable clothes behind my bike and packed my camelback with various electronics that needed charging and climbed up to one of the decks.

Think I got a little sun? 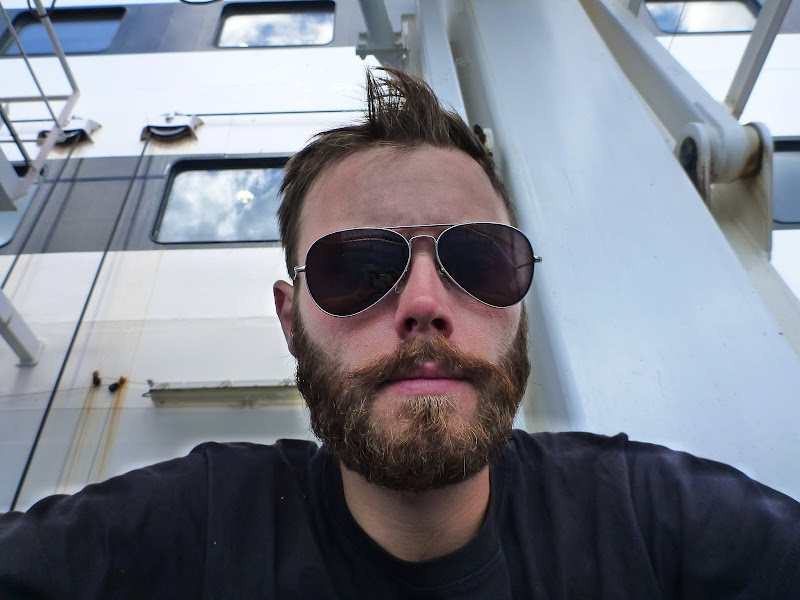 The sunset wasn't spectacular but I figured I'd snap a shot anyway just to let you know that it happened. 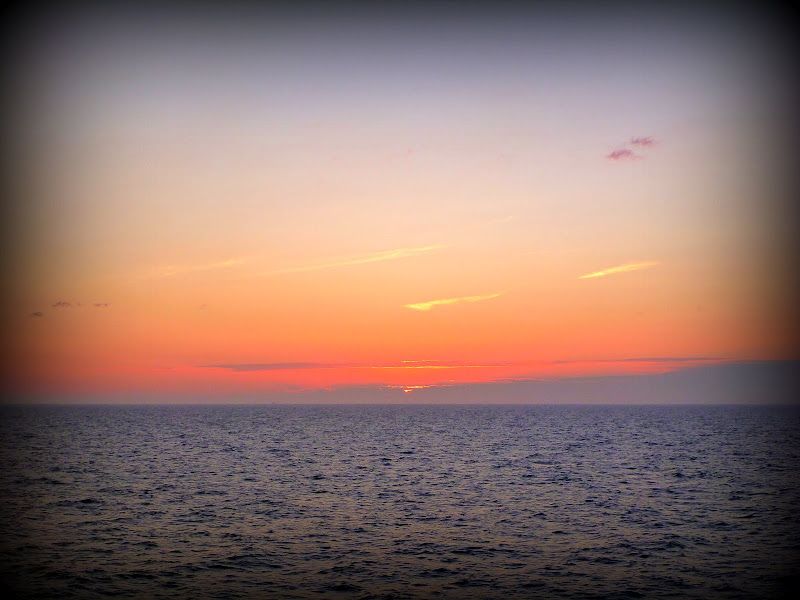 After a smooth sailing in which I watched some weather reports, charged some accessories and smoked my pipe while sipping coffee, we made it to Port Aux Basques. 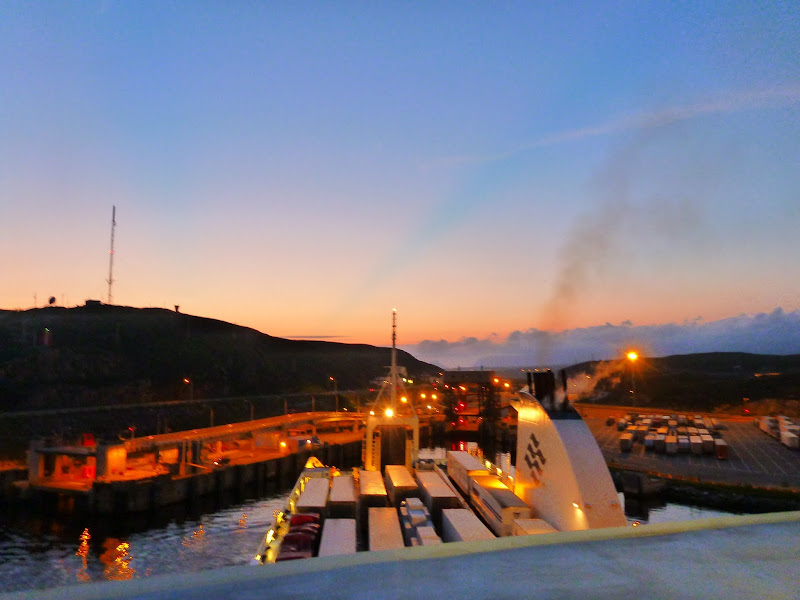 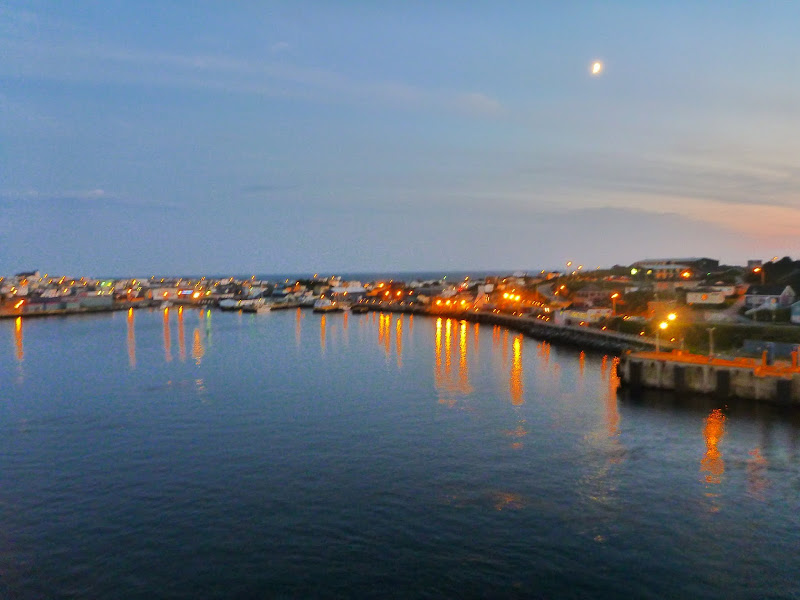 After sitting in the hold breathing diesel truck fumes, I was released into the cool damp air. My first stop was the ferry terminal to book a return crossing. When she asked me when I wanted to schedule it for, I had to ask what day it was and look at the calendar. I love that feeling :deal One week from today. That should give me some time to ride Newfoundland and maybe skip over to see what Labrador is all abooot. 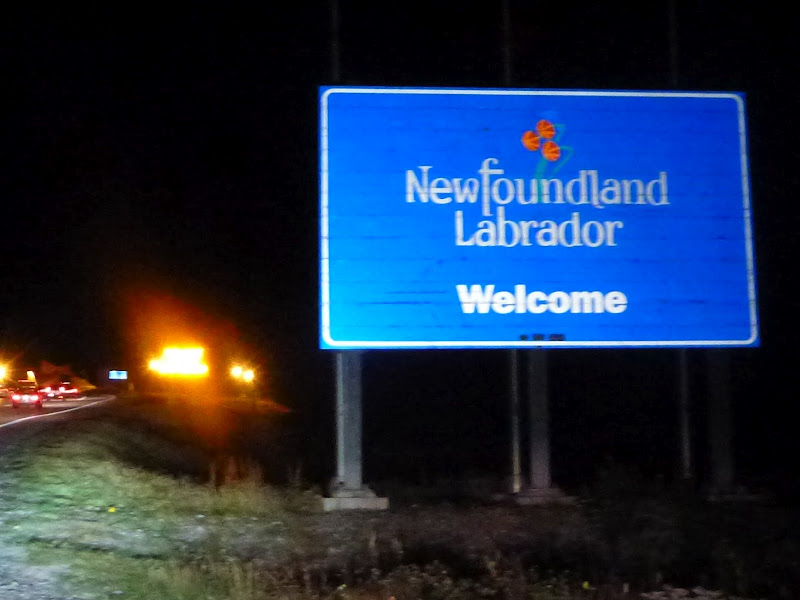 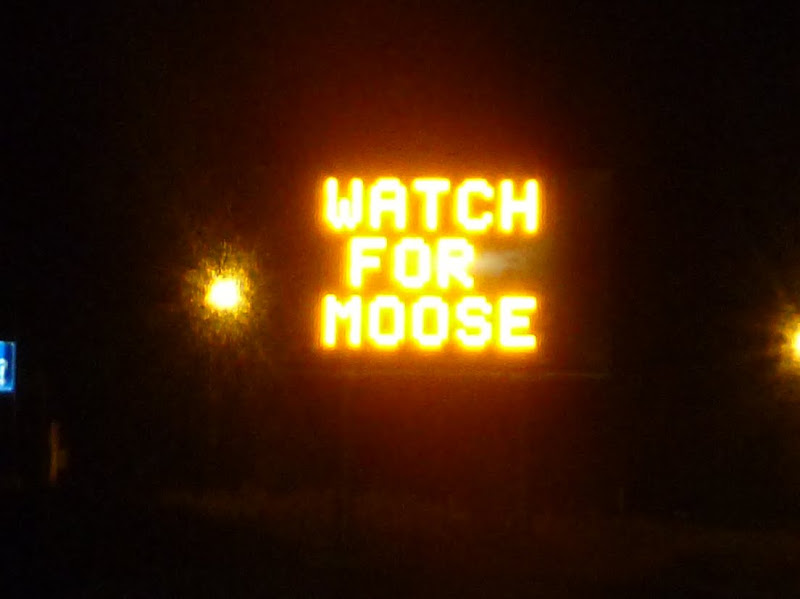 It was sprinkling out and the last thing I needed to do (wanted maybe) was ride off into the darkness on an unknown island with big creatures wandering about. I cruised around Port Aux Basques around 10PM until I found a Yamaha dealership and paint shop with plenty of space out back. I figured a Yamaha shop would be one of the last places to mind if I boondocked. Hell I'd buy a tire or something from them if it came to it.

I quickly set up camp, had a cold can of tuna because I didn't feel like messing around with the stove. Drank some whisky and quickly fell asleep to the sound of rain pattering on my tent. 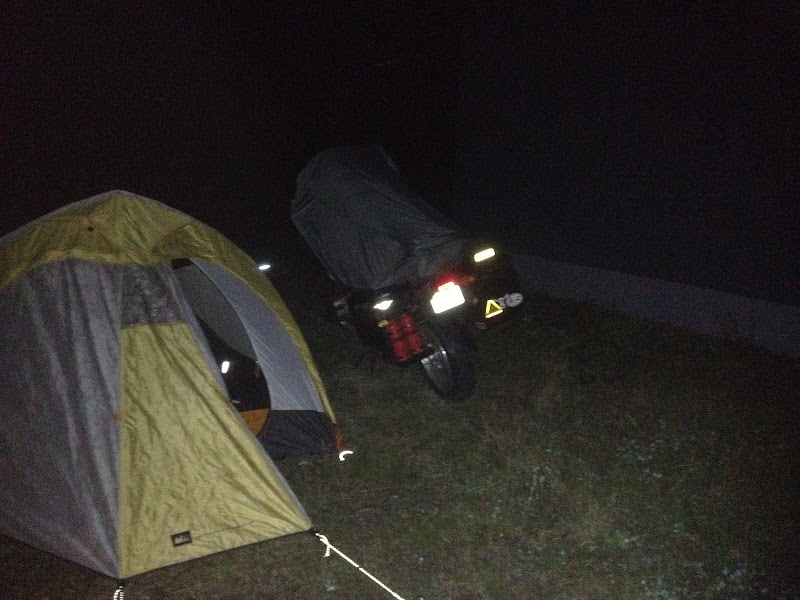