Approaching Zion, I see a Honda Civic parked facing a fence, its female driver reading a book. Thats strange. I then notice that the field is full of bison lounging around. These are the first bison I have seen despite the many warnings and signs elsewhere. 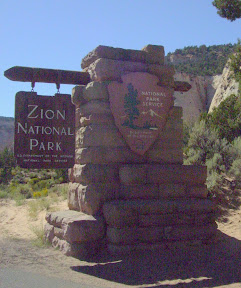 Unfortunately, the roads of Zion were undergoing major construction and removal. The delays were frequent and the road through was a variation of fresh new pavement, chewed up asphalt or just plain gravel. I followed a couple from Oregon who I chatted with at every one-way construction stop. 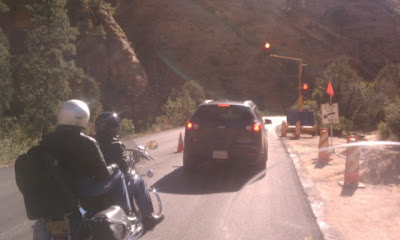 The checkerboard rock pattern is very neat and right along the road. 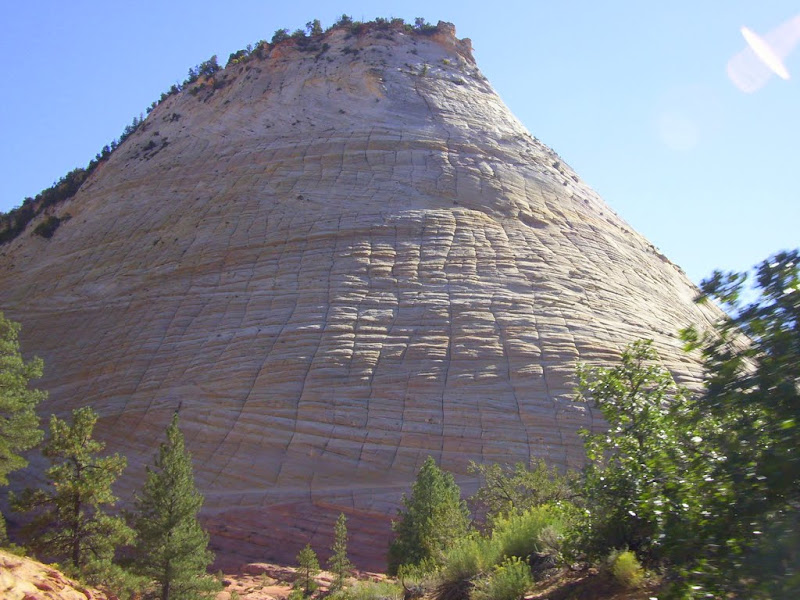 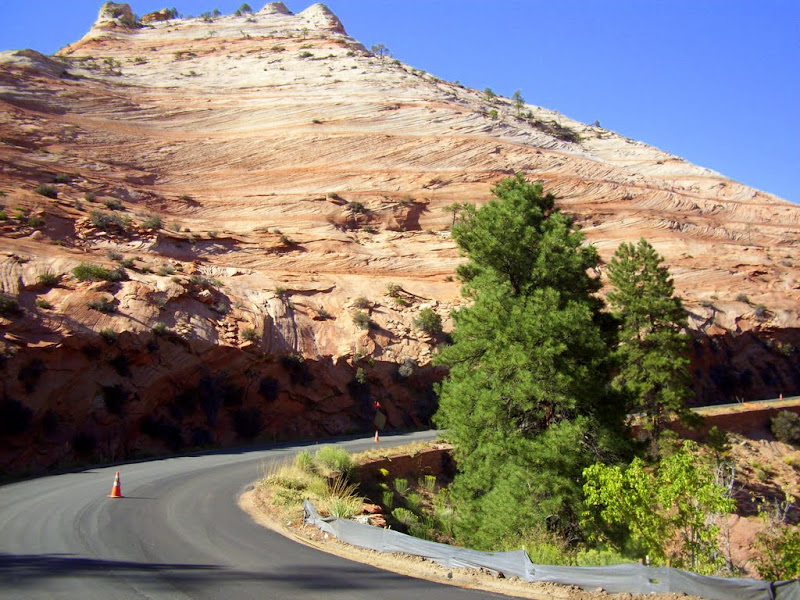 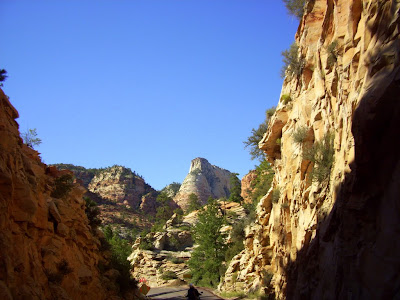 There are a number of tunnels through the rock. Some of them have cut out windows offering glimpses of the walls and mountains in the distance. 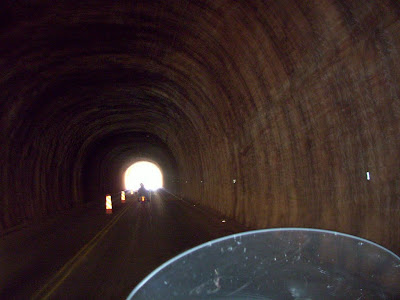 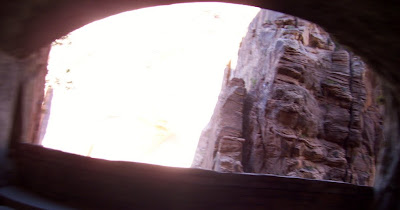 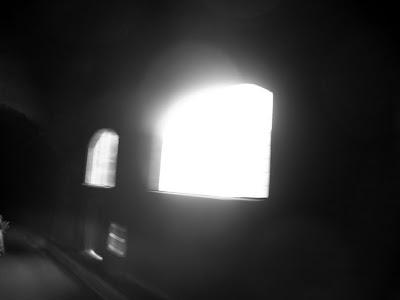 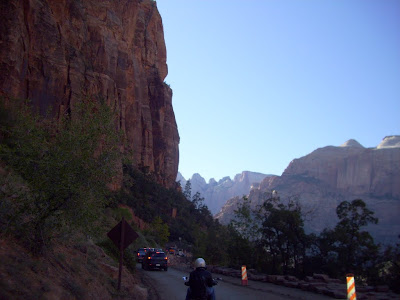 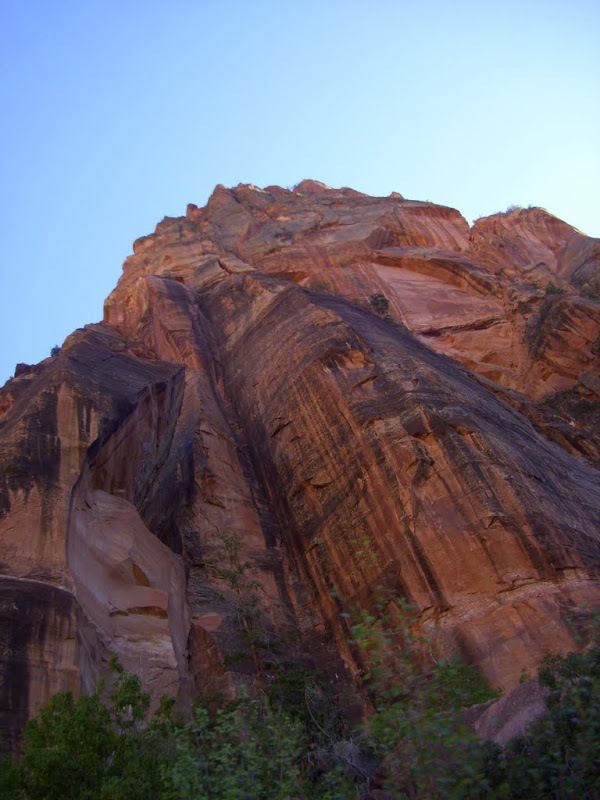 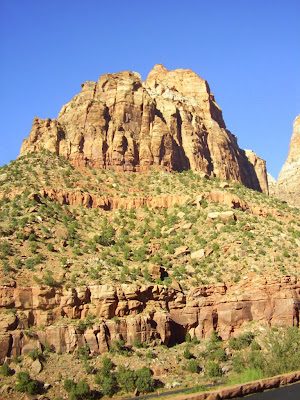 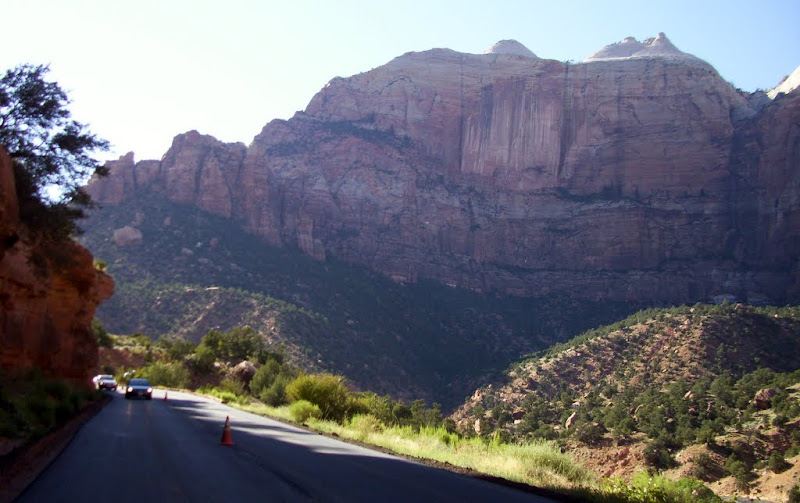 I briefly stop on my way out at the visitor center for a sticker and I was off. I aim to return here in the future to explore more of the park and do some hiking to really enjoy what it has to offer.

This Morgan from Georgia catches my eye. This shots for you Dad :wave 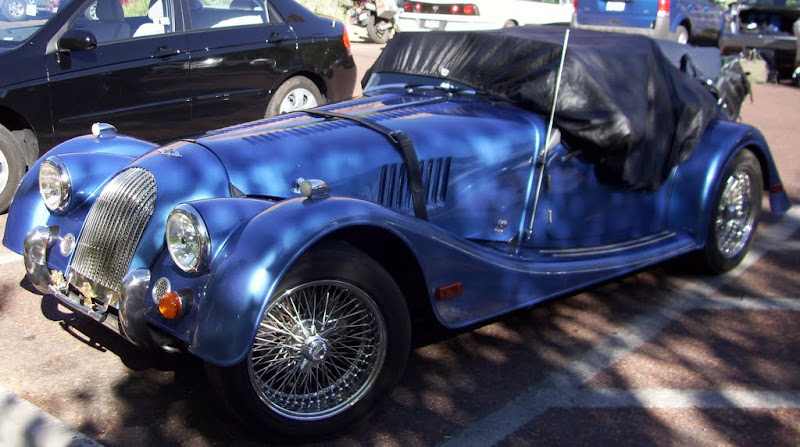 Out of Zion, the elevation falls and temperatures rise.


I stop at the Arizone sign and I offer to take the photo of another stopped couple. They return my offer. 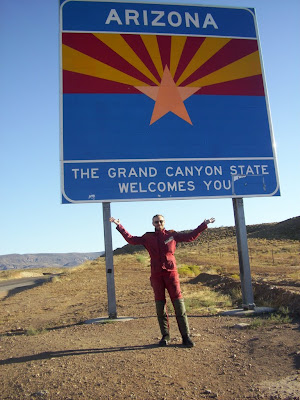 Not 30 minutes later, we meet up at the next state line :rofl 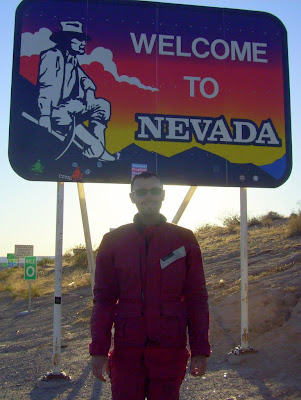 My aim was to camp at Lake Mead National Recreation Area but cheap hotels and the prospect of a warm shower draw me closer and closer to Las Vegas. The hustle and bustle of the city traffic is a huge shock from the miles of empty desert I enjoyed the last few days.

Jet Fighters from Nellis AFB fly low over the highway and I crane my neck watching them pass. 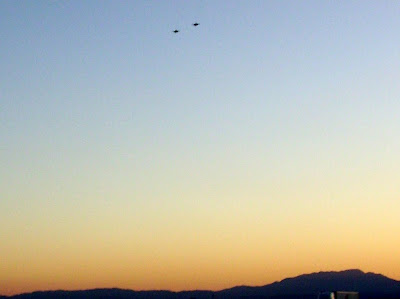 The sun sets on the surrounding mountains in a brilliant color spectrum. 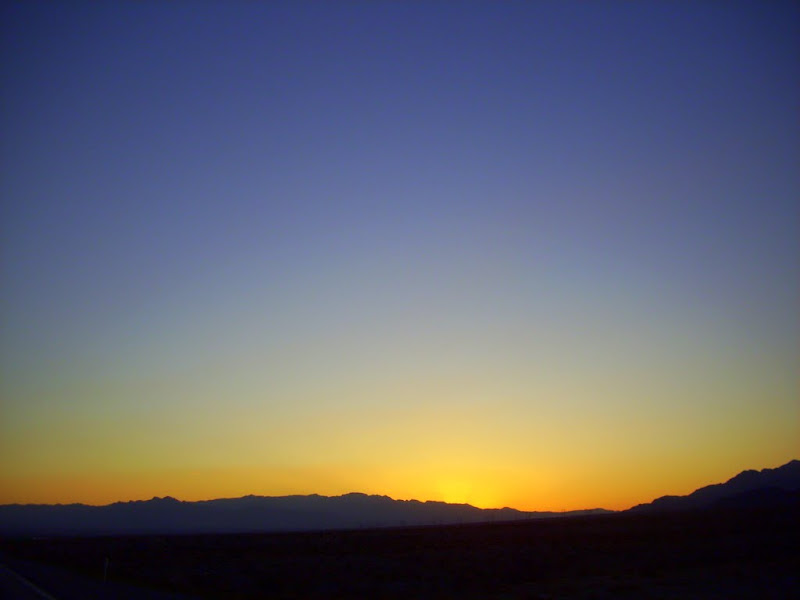 I aim for the bright lights and tall buildings, soon finding myself on the 8 lane Las Vegas Strip craning my neck at the casinos sky scrapers, shows on the roadside and throngs of humanity crossing when the signal so commands. It is almost too much to absorb while trying to pay attention to busy traffic, obey the laws and ride a motorcycle. I turn off the strip and eventually find a Motel 6 beside I-15 advertising $33.99/night. I’ll take it! 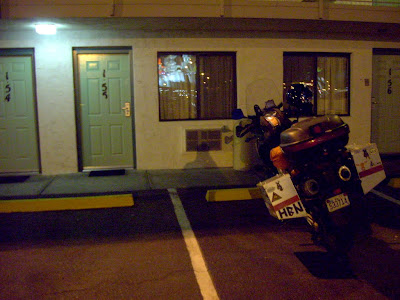 I get a room, leave a dirt ring in the shower, do some laundry in the sink and unpack all of my gear onto the bed for reorganization. After getting things settled, I pull out my phone and set it to navigation by walking toward downtown. I take off down the long industrial road of closed $19.95 hotels in contrasting darkness to the rest of town. The smell of blunt smoke emanates from a parked SUV. Walking up to an I-15 overpass, I stop at the sight of a homeless camp along the pedestrian walkway…uh I guess I will take another route over. Eventually, I walk under a casino and am spit out at the foot of the Luxor Hotel, its giant golden Sphinx and Pyramid of cascading lights well worth a snapshot. I walk the strip for about 6 miles absorbing the lights, smells and fake people. 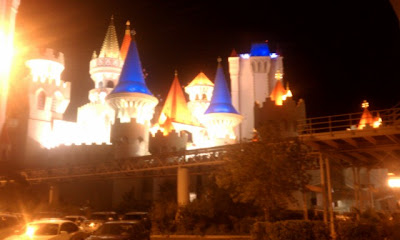 Wait where I am I again? 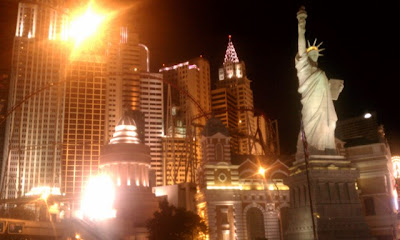 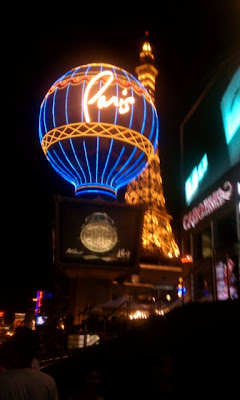 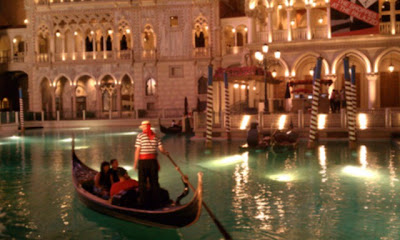 A tricked out Valkyerie outside Hard Rock Cafe for LadyDraco and HighBinder. 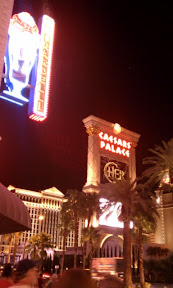 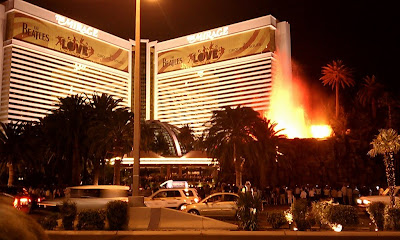 And a trip to Vegas wouldn't be complete without this guy: 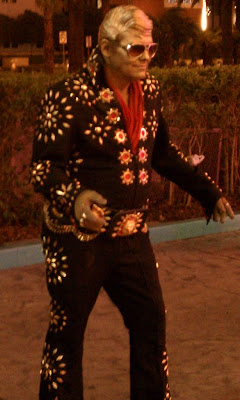 I grow tired as it is 11:15 and return to the motel, passing a drunk lying on the sidewalk as the police pull up. I check on clothes drying by my AC unit, repack some more gear and catch up on the recent news from NPR and BBC on my phone. Crawling into the questionable bed, I know I will only be here till 4 or 5AM then set off on the highway. California in the morning!!! 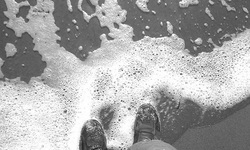