I woke just before the sunrise and putzed around outside with my coffee as the morning dew evaporated off the seat of my GS. Beard got up and we both packed our belongings and said goodbye to my family. Heading down onto the main road, you get a good view of the tidal change in Sandy Cove.

Many old lobster and fishing boats line the roadside. As certain fisheries close and faced government restrictions, many fisherman hung up their nets and traps. 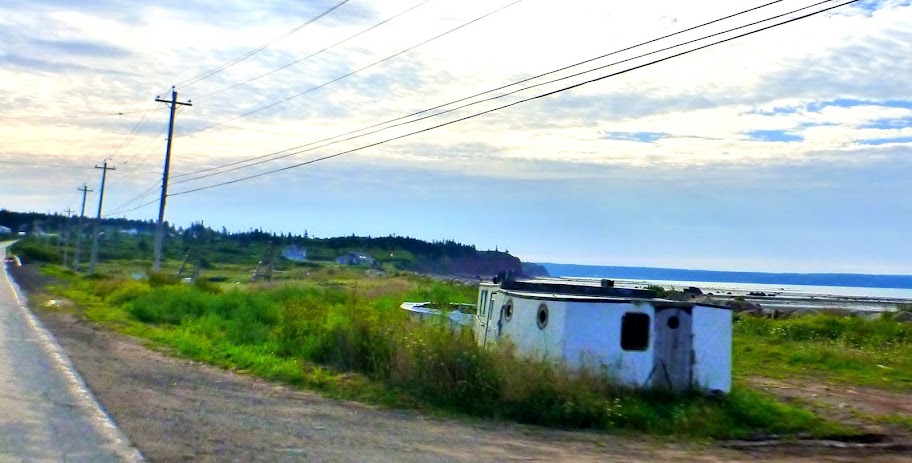 Beard and I stop at WalMart and Canadian Tire on the way out of Digby in search of a seat pad for him. I have the best WalMart gel seat pad for a car that I've used for many 1000 mi days and swear by it. He eventually found one at Canadian Tire. :thumb

Heading north, I chose to travel the Evangeline Trail through the Annapolis Valley. I have more pics of the town from my return trip so stay tuned! Along the way we pass by the tidal power station. It harnesses the power of the tidal bore to create energy. 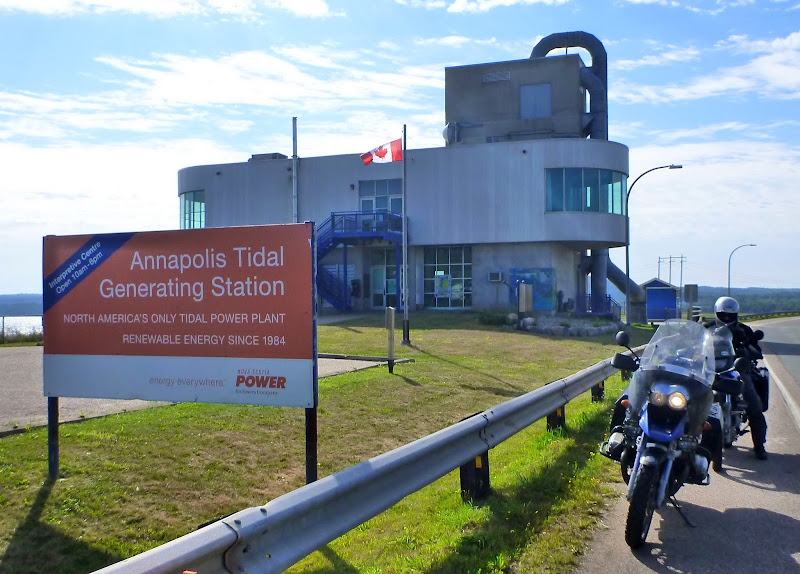 Travelling through the Annapolis Valley, I had a hard time telling if I was in the Shenandoah or Nova Scotia. It really looked that similar except for the road signs. Corn fields, orchards, cattle and all the familiar smells of home. 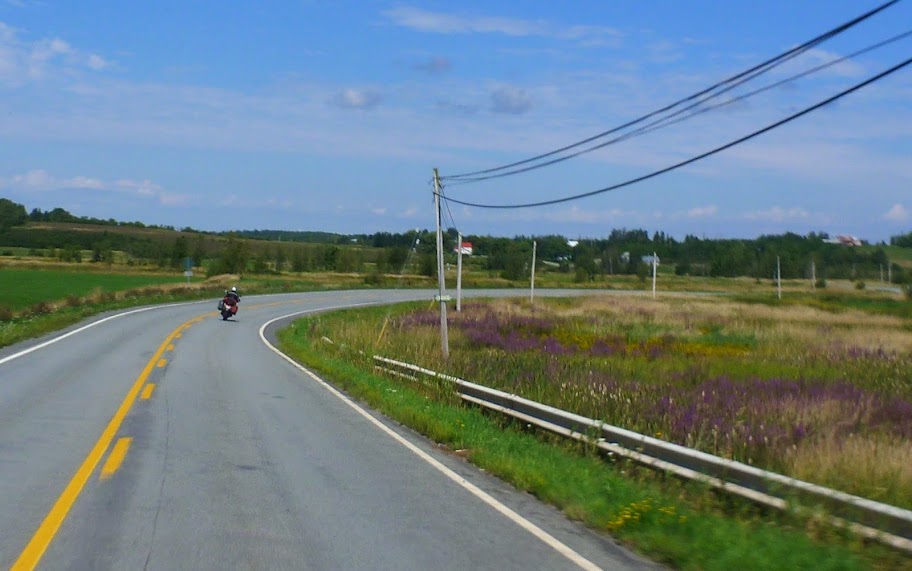 In Kingston, we encountered a road crew painting the line markings on the side of the road. Guess who got a little close to the white line? :evil 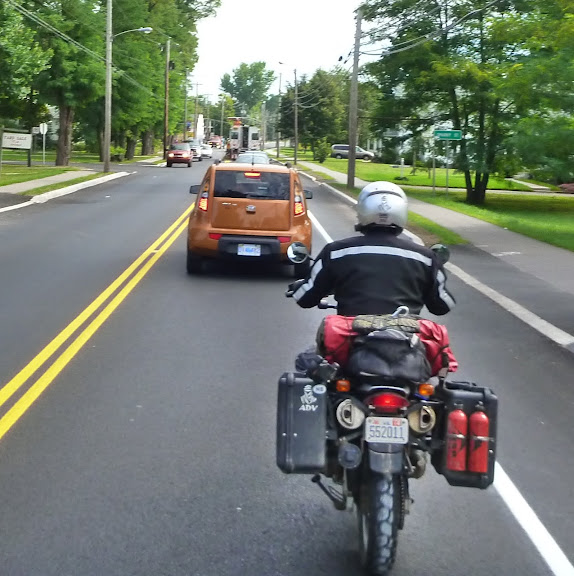 We cruised north and I had to stop outside Truro for this shot. 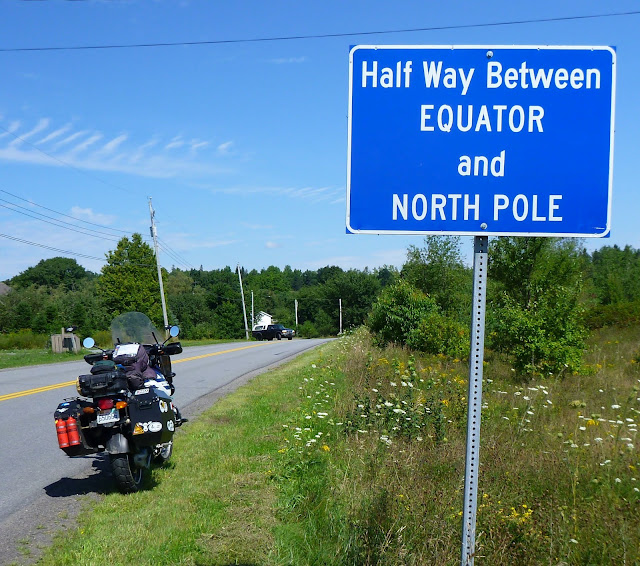 We rode along back country two lane roads staying as close to the west coast of Nova Scotia. We pulled off for a break at the Walton Light. 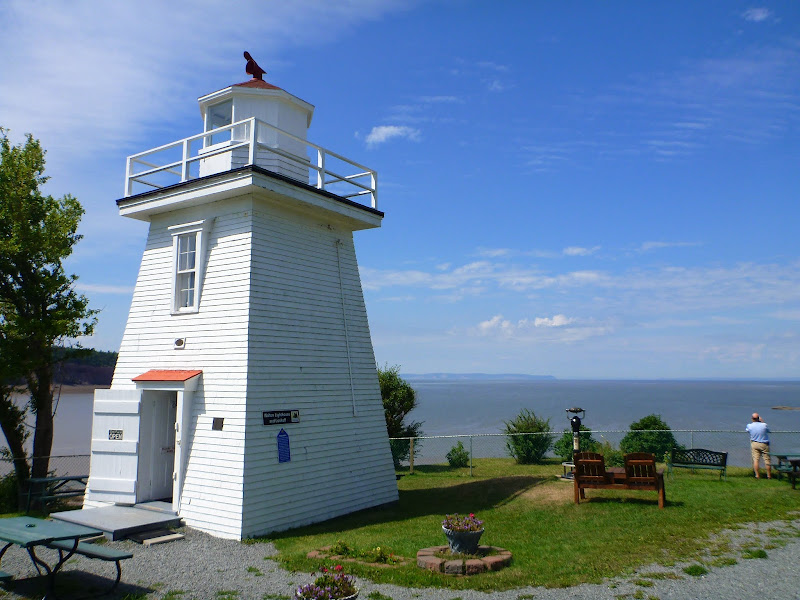 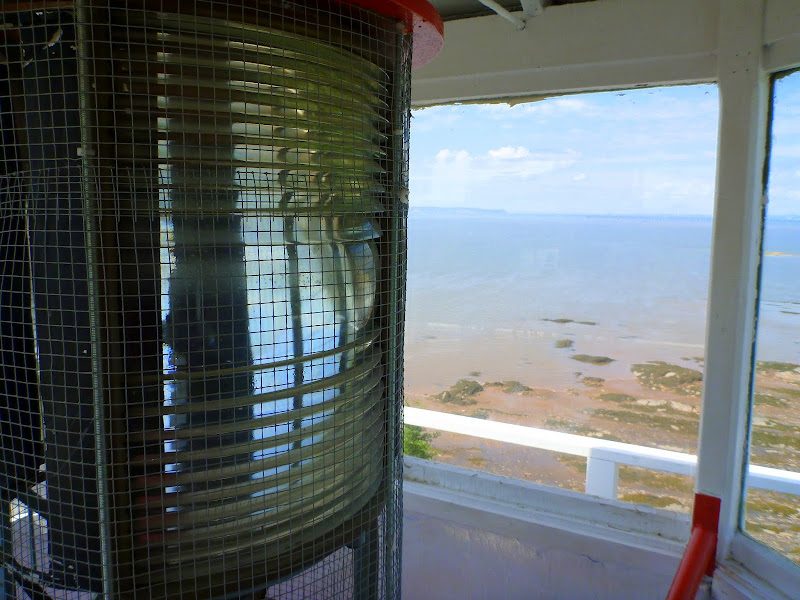 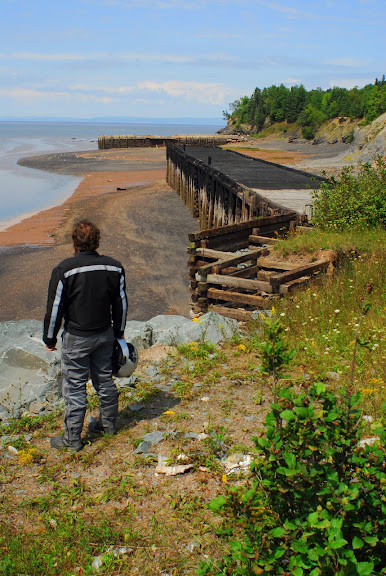 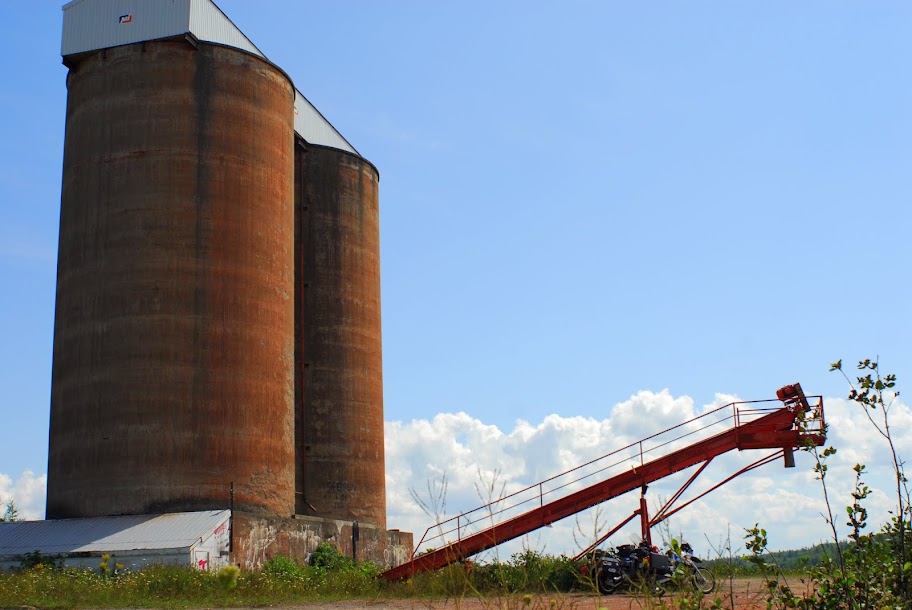 How's that for a tidal change!? 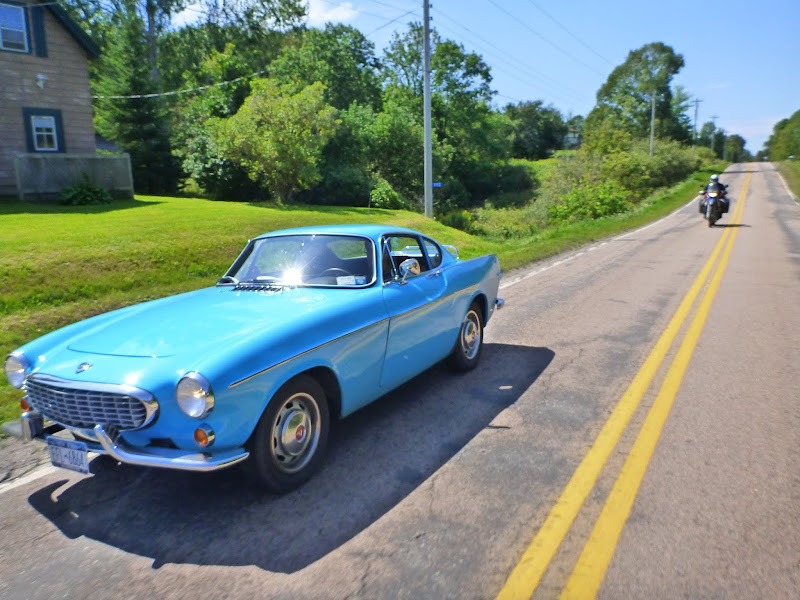 Shortly after we saw the Volvo, we stopped for gas at a tractor repair/auto parts/gas station. A kid no older than 12 came out and started chatting with us. It then became clear that he was running the gas station pumps:eek1 Cool little dude, 12 going on 18. After pumping, we went inside and he rung up our credit cards like a pro. His Dad was around placing parts orders or somesuch.

Continuing up the coast we took a break at the Arisaig Lighthouse. It is really just a glorified ice cream shop. 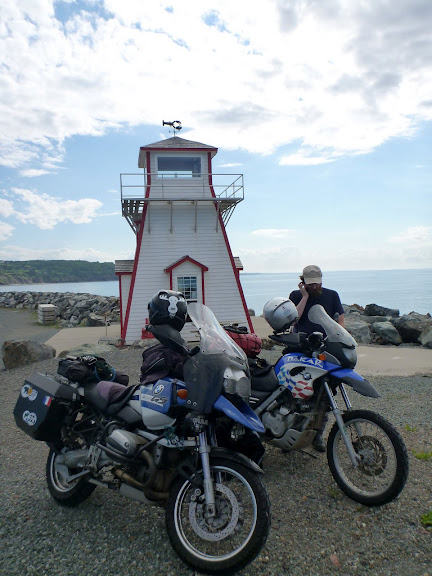 This was the view for much of the ride. No complaints! 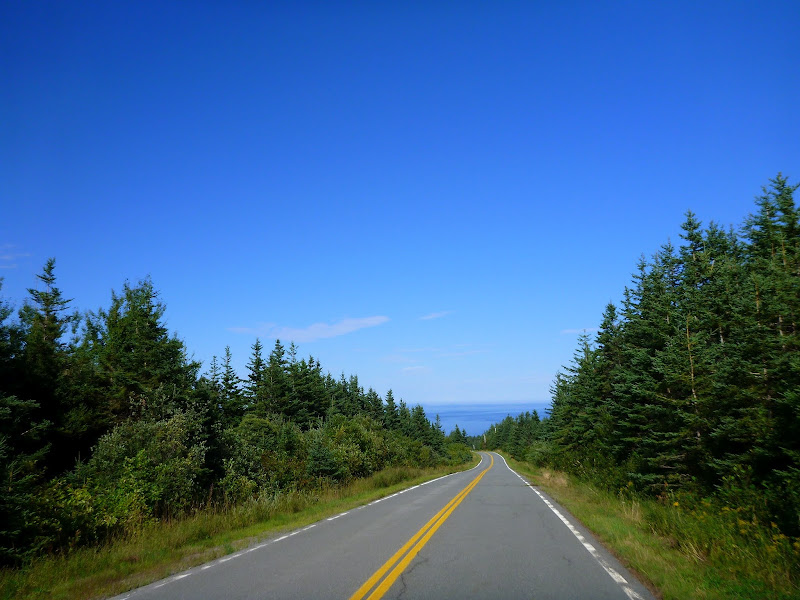 Beard and I took a break at the Cape George Light to relax in the grass and enjoy the view of the blue water and blue sky. His photos here turned out great! :lurk 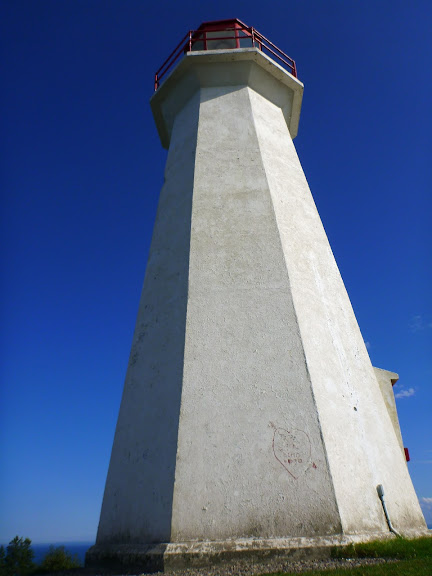 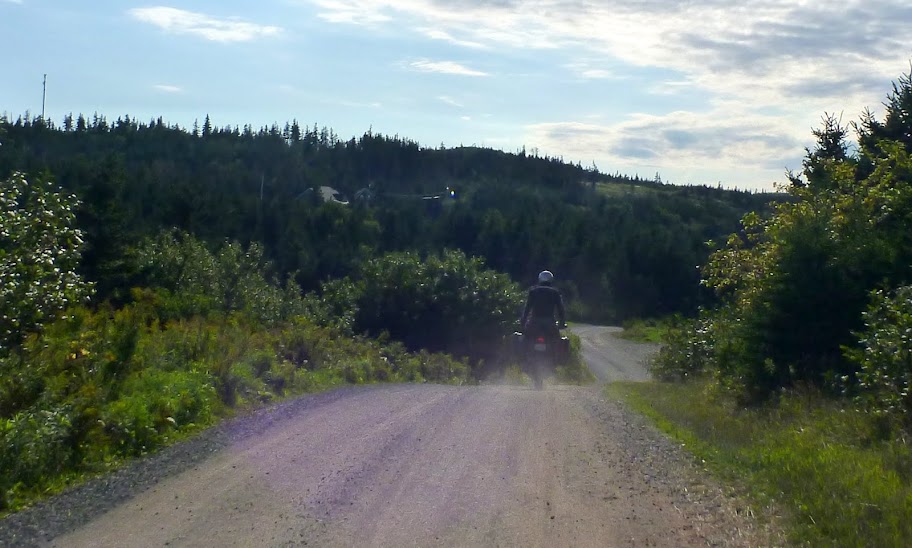 The road from Cape George down to Antigonish was picturesque and a bit twisty. 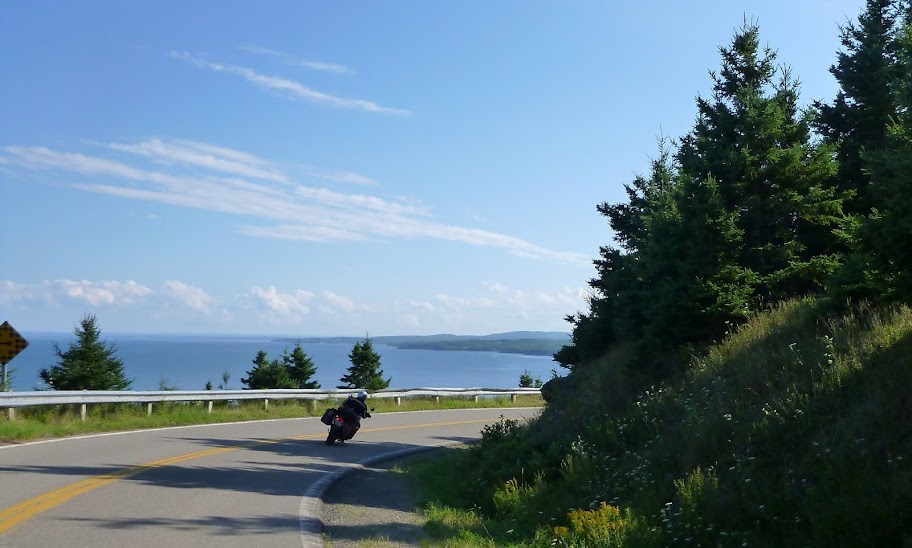 Am I back in the Blue Ridge :scratch 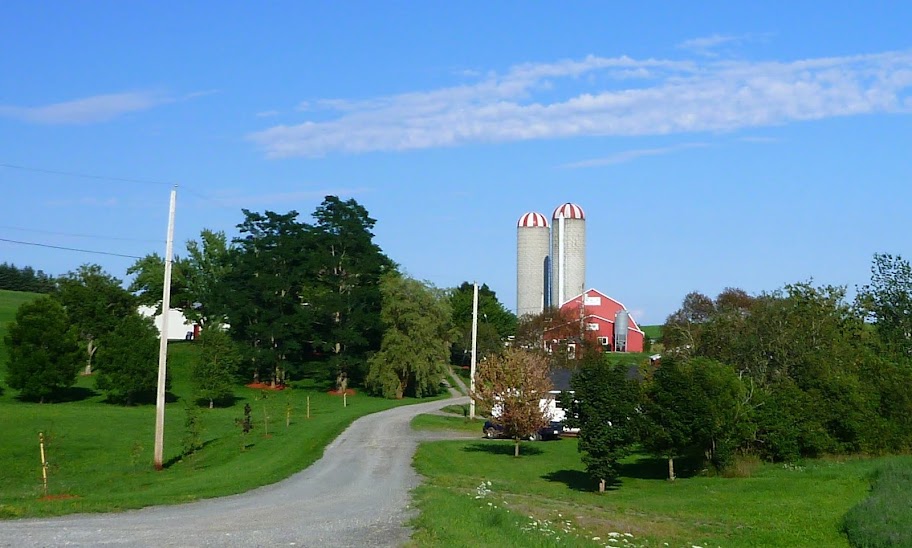 We cruised through Antigonish and picked up some ingredients for dinner and beers/whiskey from the NSLC before heading back out on the road. The sun was sinking lower and we needed to find a place to camp. Unfortunately the area was pretty populated and random parks and hidden places to boondock were few. We settled on a campground with what appeared to be a Dorito Chip with a face as a mascot. Still not sure what that was about but they had wifi and showers. I'll split a site fee for a night with another bike for some conveniences. Also, it is nice to charge the Chatterboxes. 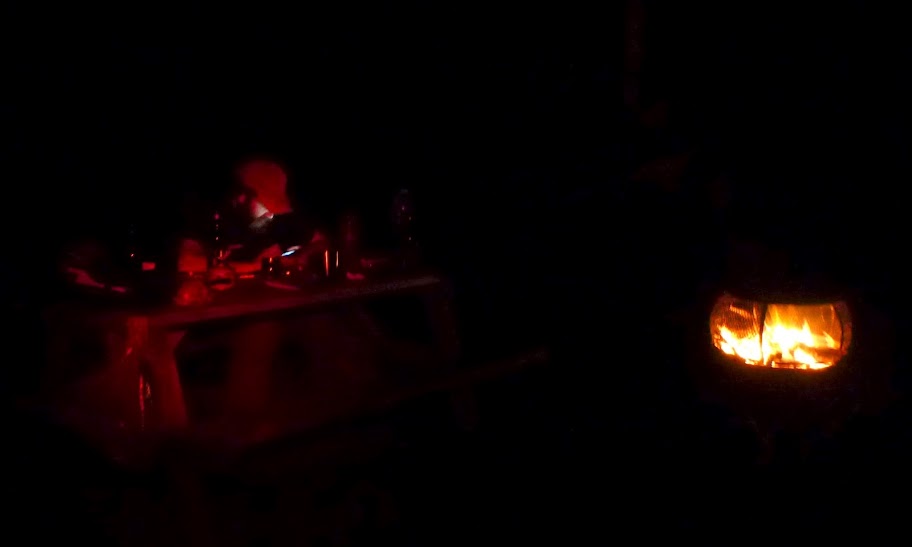 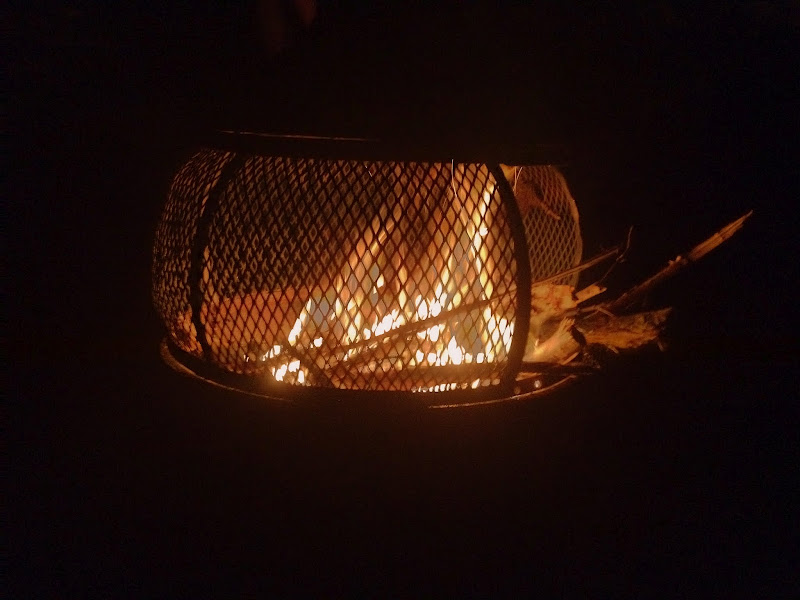 I don't have any food shots but I think Beard does...the kilbasa and onion/pepper hoagie cooked over the campfire was delicious after a great day in the saddle. Tomorrow morning we'll rise and cross the Canso Causeway to Cape Breton for some Cabot Trail goodness.